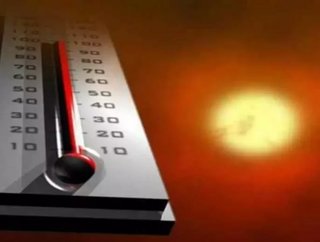 The heat wave gripping the country is bad&mdash;more so than ever before. The first five months of 2012 have been the hottest on record in the U.S. In...

The heat wave gripping the country is bad—more so than ever before.

The first five months of 2012 have been the hottest on record in the U.S. In June, 164 all-time high temperature records were broken around the country, compared to 47 all-time high records broken last June. Winter this year was also the driest and hottest its ever been in the western US since records have been kept.

According to the National Weather Service, that heat doesn't appear to be dissipating anytime soon. The summer will continue to see unusually high temperatures across the country.

So is this what climate change looks like? Well, since there's been a significant increase in these types of events over time, yes.

"An increasing frequency of heat waves —that's one aspect of climate change you can point to," National Weather Service meteorologist Greg Carbin told the Huffington Post.

In recent years, daily record high temperatures outpace daily record lows 2-to-1, according to Climate Central. That number would be expected to be even if the planet wasn't warming. Alarmingly, there have been over 40,000 high temperature records set or tied, compared to nearly 6,000 cold records this year alone, a ratio of around 7-to-1.

Learning to live more sustainability is becoming especially critical now as even the richest of nations gets a hard hit from the planet's killer heat. For those of us suffering through it with minimal or no air conditioning, here are a few tips for staying cool through summer: