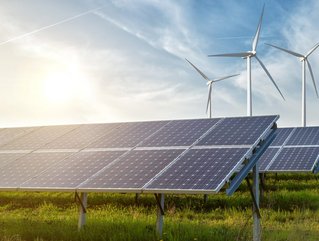 The RE100 initiative, led by the Climate Change Group in conjunction with CDP, has set the goal of finding 100% renewable solutions to energy demands across a wide range of industries. 193 companies have committed to the goal, with many of them aiming to achieve this long before the 2050 deadline.

Since its launch at NYC Climate Week 2014, 193 companies across Australia, China, Europe, India and North America have joined the initiative. China’s Envision – an energy tech manufacturer – recently joined the initiative, setting the earliest 100% renewable goal of 2025. Japan is also seeing a large growth in its renewable energy ambitions as 20 companies called on the government to source 50% of its electricity from renewable sources by 2030, more than doubling its current goal of 22%. The proposal was made at an energy summit in Tokyo by the Japan Climate Leaders Partnership.

On this matter, Constant Alarcon, RE100 Campaign Manager of the Climate Group said:

“These companies realize that in order to remain competitive in a globalized economy, they must embrace a low carbon future. We are excited by the leadership demonstrated by these companies in today’s call for an ambitious 2030 renewables targets and efficient market mechanisms to help companies reach their RE100 commitment. By working hand-in-hand with the government, Japanese companies can drive greater demand for renewables and deliver the clean economy of tomorrow.”

Companies within the industrial and commercial sector are responsible for two-thirds of the worlds end-of-use of electricity. Through technologies such as wind turbines, solar PV and smart energy management systems, RE100 aims to change the face of the energy market and bring global industry towards zero carbon grids – in turn saving tens of millions of US dollars on electricity bills each year.

“When you’re using on-site renewables, you’re managing volatility in the price of your energy supply, you’re generating your own electrons and buying them from yourself rather than for retail price, so it’s cheaper.” Explained Jim Walker, Co-Founder of the Climate Group. “It just makes good business sense and it’s the right thing to do.”