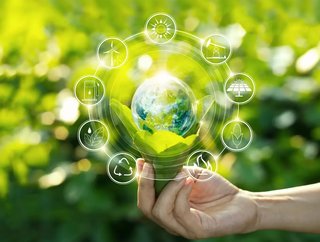 A new report from classification society DNV GL has highlighted the three energy innovations which will accelerate global decarbonisation efforts.

The Norwegian organisation has identified solid-state batteries, high-temperature heat pumps and green hydrogen as the triumvirate of future energy which will finally wean the globe off fossil fuels.

Stating that the evolving sector is gearing up for low CO2 emission production techniques via wind, solar and other renewable sources, DNV GL believes that government incentives to drive the change - already present in today’s market - could expedite the change.

Discussing the advancing uptake of renewable energy (wind and solar), Lucy Craig, VP of Technology and Innovation at DNV GL, said, “Twenty years later, these forms of green power generation are not only safe and reliable but have also become cost-competitive.”

“We require equally decisive and binding policy actions to get emerging technologies [...] off the ground and build momentum for a similar success to that of core decarbonization technologies.”

Solid-state batteries: The uptake of EVs in recent times has gone hand-in-hand with the development of lithium-ion batteries, with major car manufacturers like Ford, Porsche and Mercedes recently announcing expanded EV model ranges for 2020 and beyond.

Current batteries possess an energy density of 250Wh/kg, with some companies even breaking through into 300Wh/kg territory. However, DNV GL believes that a 400 or even 500Wh/kg battery may be possible by 2030.

High-temperature heat pumps: According to DNV GL’s report the “technological advancement of heat pumps could meet the energy demands for industrial processes that require a temperature of up to 200°C.”

Predicting that such pumps could become available commercially by 2023, this innovation could reduce global emissions caused by the heating sector by 30%.

Green hydrogen: As distinct from ‘blue hydrogen’, wherein carbon emissions are captured and repurposed, ‘green hydrogen’ is generated from renewable sources and do not require CO2 at any point during production.

In the expectation that demand for green hydrogen will surge, “DNV GL expects that capital costs for electrolysers will reduce significantly and they will operate mainly when electricity prices are low,” the report says.