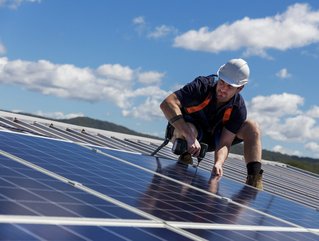 Multinational electric utility company ENGIE announced this week that it has signed a 15-year power purchase agreement in Mexico to...

Multinational electric utility company ENGIE announced this week that it has signed a 15-year power purchase agreement in Mexico to Gerdau, the largest producer of long steel in the Americas.

ENGIE is developing a 130MW solar plant, currently under construction in Sonora, northern mexico. The plant will contain approximately 400,000 solar panels which will provide Gerdau with 100% of its required energy after the facility’s completion in 2019. “With the construction of this new solar farm… ENGIE will exceed 1000 MW of renewable energy generation capacity in the country in operation or in construction”.

According to ENGIE’s press release, they have “also signed a power purchase agreement with Santiago de Chile airport operator, Nuevo Pudahuel, to supply 100% certified renewable energy which will reduce the airport’s CO2 emissions by 35,700 tons per year. Under the 16-year agreement, ENGIE will supply the airport with 105 GWh per year of green electricity to meet all its power needs.”

ENGIE Executive Vice-President, in charge of the Business Units Global Energy Management and Latin America, Pierre Chareyre, concluded that “ENGIE is very proud to be tapping into the nascent green corporate PPA market and to deliver clean energy directly to its customers. These two new agreements are fully aligned with the Group’s strategic objective to pursue the development of renewable energy projects and to reinforce its presence in Latin America, a region with high growth perspectives.”