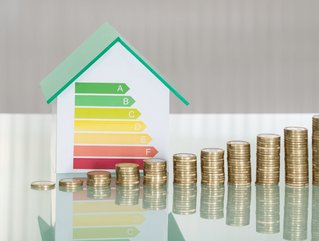 A report from Delta Energy and Environment (Delta-ee) has revealed that the number of home energy management systems (HEMs) equipped in European hous...

A report from Delta Energy and Environment (Delta-ee) has revealed that the number of home energy management systems (HEMs) equipped in European households was up 100% last year compared to 2015.

HEMs offer a device that is installed within homes to monitor the use of energy and provide advice on how to reduce energy wastage and in turn costs.

The numbers have doubled from 20,000 to 40,000 within the space of a year, a sign of the global push towards greater energy efficiency and sustainability.

“As the market matures, HEM could have a profound impact on energy consumption,” said Principal Analyst and Digital Energy Expert at Delta-ee, Arthur Jouannic.

“At the moment the most obvious value to be gained from installing a system comes from the ability to optimise self-consumption, reducing the burden on the grid. These benefits will only increase as energy storage and solar PV penetrate more of the market. But HEM’s potential value goes much further.

“As we see the introduction of more favourable regulations and electricity market reform, households will be able to unlock a number of new benefits from HEM systems – not least the reduction of electricity bills without sacrificing on comfort. Of course, it takes time to make reforms but in three-to-five years the rate of change could be very fast indeed – meaning a bright future for HEM.”

The report, titled Home energy management: The state and future of the European market, has shown that the HEM industry is a market that is growing quickly, with both startups and existing companies in the energy sector looking to take advantage.

“Despite starting from a low base, the market is growing very quickly year-on-year. And you’re beginning to see these investments pay off. For instance, Germany’s large PV and storage markets have made it an appealing place from which to launch solutions focused on optimising self-consumption.

“Over the coming years we expect to see similar progress in markets such as France, where self-consumption laws are set to be finalised, and the Nordics.”

Delta-ee predict that sales could come to exceed 200,000 within the near future, as people becoming increasingly aware of the benefits that HEMs can offer.