EvoEnergy: how manufacturers are benefitting from solar 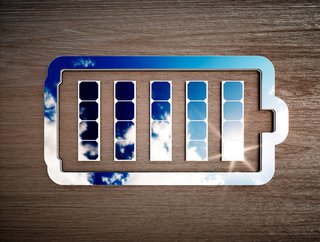 Every company loves to receive feedback from customers. In the case of EvoEnergy, rather than simply asking clients their opinions specific to the pr...

Every company loves to receive feedback from customers. In the case of EvoEnergy, rather than simply asking clients their opinions specific to the product it installed, the business took the time to ask: why solar?

Here are the answers to those questions, from Express Bonding and A.M.P.-Rose, courtesy of EvoEnergy.

Alastair Lee, the production manager for laminate fabricators Express Bonding, talks about his experience with EvoEnergy and solar nearly two years on from their installation.

Why did you want to get solar panels for the company?

I just look at it as being the future of the way companies should be run. I wanted to reduce the electric cost and I’m trying to keep the company as green as possible and I thought that was a good way of adding to our green credentials.

Did you consider any green energy options other than solar panels?

We’ve got a renewable heating central boiler - we got that in January 2013 - and then I wanted to add to what we could do with the site, and the solar panels were the next step in the evolution.

What was it like working while the panels were being installed? Did the installation disrupt anything?

No, EvoEnergy worked around our day to day hours to avoid any disruption to the business. We don’t work on Fridays - we work 40 hours Monday to Thursday and shut down on Fridays - so they came in Friday, Saturday and Sunday, and had it finished over the course of one weekend.

Did that fit the schedule you had in mind?

A lot quicker actually. In early discussion we were looking at about a week to ten days, something like that. That was just the solar panels, then their electrician came in and connected the electrics, but it was about seven days (including weekends) quicker than I thought it would be.

Was there any one thing you wish you’d been warned about the installation process beforehand?

No, the project manager went through everything with me. He was also onsite before the installation date. We talked quite a lot about what we wanted to do and I was pretty well informed about how we would go forward with this. It was a very good team actually.

Since the installation has everything worked as expected? Has it met your expectations of what you wanted from a solar system?

It very much has, yes. It’s allowed us to install new equipment without having to think of the additional electricity consumption so much. We have increased how much electricity we use and it doesn’t add to your costs overall for the entire year because you’ve got the solar panels already there doing their bit. They’ve been excellent - they’ve been better than expected actually. The returns have been very worthwhile so far.

What’s been the most pleasantly surprising thing about having the panels?

The electric bills! Especially in the summer. I think September was probably the best, with the lowest amount that we’ve been charged.

What would be some advice that you would give to other companies looking to get a solar system?

Don’t worry about the initial cost of it, because although it does seem like quite an outlay at first, you’ll be very happy with the payments and the reduction in the electric bill.

A.M.P-Rose, an engineering company that supplies machinery to the sweets and confectionery manufacturing industry, had solar panels installed on their new factory at the end of 2015. EvoEnergy spoke to their sales and finance director, Paul Mann, to find out his thoughts on installation process and what the months since then have been like.

Why did you want to get solar panels for the company?

The pay back on solar was fairly good and with the feed-in tariff reducing at the end of that year (Jan 2016), we decided to install sooner to ensure we received the best returns possible at the time.

Was it an easy decision to install solar panels, or were there things you wanted to find out first?

There were quite a few things. One of the most important things other than the financials was to be sure that the company supplying them was competent, reputable and that the quality of the equipment was good.

When you were thinking about getting solar panels did anything in your plans change once you started talking to EvoEnergy?

I think it was fairly straightforward. They were able to do what we wanted.

During the installation process was it difficult working around the installers? Was there any disruption?

I wouldn’t say it was difficult. It was a new factory we were building, so there wasn’t any production going on in the factory at the time, but we were doing other work building the factory, so [the installers and the construction workers] had to work around each other. It all worked out pretty well.

In that regard were you able to plan the installation alongside the building of the factory?

Yes. They [the installers and the construction workers] had to work with each other at times with getting access to put the solar panels on, but it did work well overall with all of them working together.

Is there anything you wish you’d known about the installation process from the start?

No, for the physical installation I think we were all happy with that.

Has the system itself worked as expected? Has it met your energy requirements?

It’s all going very well. The information I’ve found recently is very good - you get the readout of what you generate which is good. We’re happy with it.

What’s been the most pleasantly surprising thing about having the solar panels?

The installation was very smooth - that was good.

What advice would you give to any other companies looking to get their own solar system?

Make sure they evaluate their options and be confident in the figures that are presented back to them. Also be sure that the company you go with is competent and going to be around to support you after the installation.