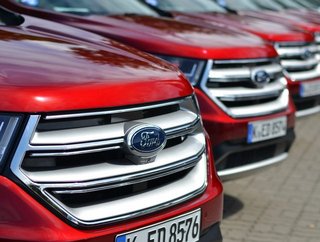 The American automaker, Ford Motor Company, is to extend its scrappage scheme for older, more polluting models. The scheme...

The scheme was launched in August of this year with the intentions of expiring by the end of 2017, but due to positive feedback it will continue to the first quarter of 2018.

The initiative offers the owners of pre-Euro 5 vehicles that were registered before the end of 2009, of any manufacturer, up to £2,000 (US$2664), to trade in their vehicle for a newer model.

“The Ford scrappage scheme has been so well received by our customers and I’m pleased to announce its extension in to next year,” remarked Andy Barratt, Chairmna and Managing Director of Ford.

“We have an excellent product line-up and our scheme is applicable to one of the broadest ranges of vehicles, including the segment leading Ford Ranger.”

The company received more than 10,500 vehicles, which have all been scrapped for newer, more environmentally clean and fuel-efficient models.

Bob Holycross, Ford’s Vice President of Sustainability, announced earlier this year that the scrapping plan is part of a “menu of initiatives”, according to edie.