How to manage NORM during a decommission 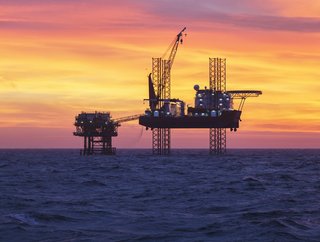 During a phase of decommissioning, anyone working within an oil or gas facility knows the extensive problems caused by NORM, short for Naturally Occu...

During a phase of decommissioning, anyone working within an oil or gas facility knows the extensive problems caused by NORM, short for Naturally Occurring Radioactive Material. NORMs can be costly, time consuming and ultimately damaging for the industry, so it is important that they are managed properly wherever possible.

NORMs are particularly damaging because of three different factors:

Anyone maintaining an oil or gas facility needs to be aware of the fact that even if NORM is not detected during or after the shutdown of a plant, it should still be regarded as a long-term recurring issue that could be identified at any point during operational practices. If this mind-set is adhered to, then this will save any facility time and money, leaving management prepared for any set-backs NORMs may incur.

Surveying processes need to be issued on a regular basis so that the adverse effects of NORMs is limited and kept to a minimum with the facility. Working in this way will ensure that management has peace of mind when the acceptance criteria for transporting materials is so important within any oil or gas operation.

Continual consultation with Radiation Protection Advisers (otherwise known as RPAs) and Radiation Waste Advisers (also referred to as RWAs) is also crucial when understanding the importance of dealing with NORMs. Not only is this a legal requirement for anyone working with these waste materials, but it is a steadfast way of understanding these materials at the planning stages of any shutdown or project.

This blog post is a helpful source in understanding more about NORM during decommissioning for any gas or oil facility. Published by Tracerco, this is a firm that hosts an array of certified RPAs who understand the problems they incur more than anyone in the business.

Every mineral and raw material contain what are called radionuclides of natural origin. While the vast majority of human activity involving these minerals and raw materials is of no cause for radiative concern, some activities do increase the exposure to ionising radiation. This is known by the acronym NORM.

Burning coal, making and using fertilisers and oil and gas production are all common cases which result in NORM, meaning processes must be in place to deal with the heightened exposure. The term NORM also exists to distinguish ‘natural radioactive material’ from anthropogenic sources of radioactive material, such as those produced by nuclear power, where the radioactive properties of a material is the reason for human interest.

As more NORM hazards have been identified over time, industries have become increasingly subject to monitoring and regulation, although the World Nuclear Association says there is little consistency among these regulations, meaning what is considered as radioactive waste in one country may not be in another.

In terms of oil and gas production, the extent of NORM depends largely on the radioactivity of the reservoir rock and salinity of water co-produced from the wells. The more saline the water, the more NORM is likely to be found. This means that older wells tend to exhibit higher degrees of NORM than their younger counterparts.

Fracking is a gas extraction technique which can lead to significant release of NORM in some geological environments. Generally, however, external exposure to NORM in the oil and gas industry is low enough not to require protective measures to make sure workers stay under their annual does limits.