KonKraft on how Norway can achieve net-zero CO2 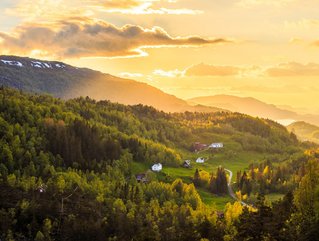 The ‘collaborative arena’ for Norway’s oil and gas sector, KonKraft, has released a

The ‘collaborative arena’ for Norway’s oil and gas sector, KonKraft, has released a new report proposing how the country can become carbon neutral.

Aiming to reduce GHG (greenhouse gas) emissions within the industry by -40% in 2030, with the figure dropping even further no near zero by 2050. In addition, oil and gas companies will be driving a 50% reduction in emissions from maritime transport and fishing.

To achieve this, the report proposes a combination of carbon capture technology (two plants in operation by 2024), expansion of Norway’s offshore wind capabilities and the utilisation of hydrogen (two gas-fired hydrogen power stations by 2030 and use as shipping fuel by 2025).

“The expertise and technological innovativeness in the Norwegian petroleum industry, its operators, suppliers and the maritime sector, are part of the solution to the global challenges of the 21st century,” said the report.

Always sitting comfortably outside of the top 15 countries in terms of carbon emissions, Norway’s long-term commitment to achieving a more sustainable economy has been successful, although KonKraft emphasises that there is always more to do.

“Nevertheless,” the report says, “this is not enough. The Norwegian petroleum industry sees the need for a change of pace in the work to reduce global warming.”

“The oil & gas sector will work to ensure that this strong position is further developed and that Norway takes a leading role in developing floating wind farms as well as securing larger market shares for bottom-fixed offshore wind power.”

Equinor, one of the oil and gas leaders in Norway, has made several pledges to solidify its dedication to offsetting carbon within the industry.

Described on the company’s website, Equinor states that it will reduce net carbon intensity by at least 50% by 2050, whilst simultaneously investing in renewable energy tenfold and striving to make its global operations carbon neutral by 2030.

“Equinor’s strategic direction is clear. As part of the energy industry,” says Eldar Sætre, President and CEO, “we must be part of the solution to combat climate change and address decarbonisation more broadly in line with changes in society.