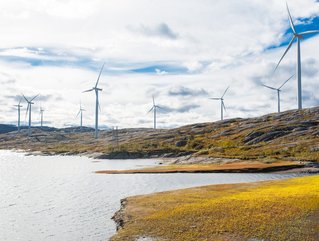 Norwegian investment company Magnora has determined that the global zeitgeist favours renewable energy and has decided to invest accordingly.

“Europe is facing an extremely large investment growth this decade within ‘green’ electricity production. Magnora will participate in this exciting journey during the years to come.”

Following in the wake of the European Green Deal, which aims to make the continent carbon-neutral by 2050, Magnora’s decision to refocus its efforts from fossil fuels to renewable energy investment is timely and likely to be a great benefit.

Investing in the future

With some estimating that developing countries will need to spend US$11trn in order to have all electricity come from renewable sources, Magnora’s assessment of the investment potential of sustainable energy appears to be validated.

Shortly after announcing its intention to pursue renewable energy, the company announced that it had bought a 25% stake in Vindr Group, a recent wind power project currently in development, with the option to purchase an additional 25%.

Regarding this, Sanness said that it “marks our first building block in our co-development strategy for small and medium-sized wind parks in the Nordic region.

“Vindr Group has a novel and efficient methodology that fits the market segments it targets. The Vindr team has a compelling business plan with clear growth ambitions supported by its team’s experience and approach.”

Intimating that further, small-scale projects are in the pipeline - smaller because Magnora considers large-scale projects to be less economically viable - the company stated that it was confident in its new direction.

“I am convinced that Magnora will play an important role in the renewable business segment in the years to come.”