The new power generation: An interview with Ready for 100 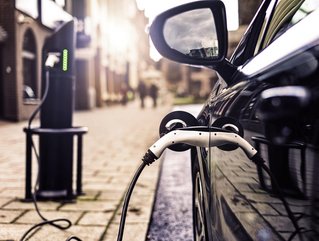 The number of renewable cities, driven by forward-thinking communities with a desire for clean energy, is on the rise. Energy Digita...

The number of renewable cities, driven by forward-thinking communities with a desire for clean energy, is on the rise. Energy Digital speaks to Jodie Van Horn, Director of Ready for 100, part of the United States’ largest and most influential environmental agency, Sierra Club.

Renewable cities are here. Around the world, the prospect of the largest urban centres being entirely powered by renewable energy is fast becoming a reality. Driven by the lower costs of renewables, the safer prospects that such power sources offer and a tangible shift in people power and societal thinking, there are now more than 100 cities worldwide powered primarily by renewable energy.

For places such as Seattle, Vancouver, Oslo, Auckland and Nairobi, that means receiving at least 70% of their overall energy from renewable sources. In a world where fossil fuels still, to a large extent, dominate the global energy mix, that’s an incredible figure in itself. Some cities, however – Reykjavik in Iceland, Basel in Switzerland and Burlington in the US – currently run on 100% renewable energy.

“Cities are leading the global shift to 100% renewable energy,” says Jodie Van Horn, Director of Ready for 100. Part of the United States’ largest and most influential environmental agency, Sierra Club, Ready for 100 is a national campaign that’s working to move away from fossil fuels towards a more equitable and just economy powered by 100% clean, renewable energy.

“Renewable energy is cheaper, safer and cleaner than fossil fuels, and people across the globe are demanding a shift to 100% clean, renewable energy,” she explains. “City leaders know that moving to 100% renewable energy will protect us from pollution, create jobs and new economic opportunities and ensure that all people have the access to affordable energy.”

The renewable city, then, is the product of a number of factors that have combined to create the future of urban power generation. Naturally, cost plays a significant factor. Van Horn explains that the price of solar, for example, has dropped by as much as 80% since 2008 with the cost of wind power 41% lower in that same timeframe. “In January in the States, new record low prices were announced for both wind and solar,” she adds. “This trend means that we are never going back to relying on dirty and increasingly expensive fossil fuels.”

Cost aside, there’s considerable weight behind the idea that this shift to renewable cities is driven by something more important: community. What is a city, after all, if not a collection of individuals sharing their lives together? Understand that and it’s easy to appreciate that a driver for this growth is pressure from urban and local communities to create a cleaner future.

“Throughout history, ‘people power’ has driven change on every scale, from community improvements to mass movements. The same is now true as we discuss the shift towards a clean and just energy economy,” Van Horn highlights.

“Cities have reasons to pursue a goal of 100% clean energy, but perhaps the biggest reason is that local officials know it’s what people want. A majority of Americans want to live in a society powered by cleaner, healthier sources of energy like wind and solar.”

It’s the reason why, says Van Horn, that across the US from California to the heart of Texan oil country, cities are seeing a switch to clean, renewable energy. Historically, she says, decisions about the country’s energy policy have been the preserve of the corporate boardroom or venues with no public participation.

“The movement is growing neighbourhood by neighbourhood, city by city, and state by state,” she adds, “in an effort to not only transform how we power our society, but who has the power to make energy decisions that impact our lives. The transition to 100% clean energy is an opportunity to put power back in the hands of local families, businesses and residents.”

Working together for change

People power, then, is firmly at the forefront of this staggering growth in renewable cities. And there’s little doubt that all individual commitment to clean energy – think rooftop solar in offices or residential buildings – helps to “decentralise and distribute the benefits of ownership to residents and local business,” says Van Horn.

But there too is a wider requirement for the industry, whether renewable or fossil fuel organisations, to work together to achieve this. Large cities and urban areas naturally represent a high percentage of any major utility provider’s overall retail sales, presenting both a challenge and an opportunity for change for providers. In the US, as Van Horn explains, the continued growth of customer preference for 100% clean energy is bringing many major electric utilities on board in working with cities to achieve change.

“Just this month, the city of Denver and Xcel Energy entered into an agreement to work together in order to boost the city’s use of clean, renewable energy. It comes after local community leaders and activists across Denver have been calling for the city to move to 100% clean energy. The utility has entered into similar agreements with other 100% clean energy committed communities across Colorado.”

Other examples cited by Van Horn include Salt Lake City, which is working closely with electric utility, Rocky Mountain Power, to achieve the goal of 100% renewable electricity by 2032. “A detailed plan has been released for the city to enhance energy efficiency community-wide, increase investments in local clean energy like solar and to expand zero-emission vehicles as part of the 100% clean energy goal,” she elaborates.

Change, however, is always a challenge. And to achieve such a significant change will undoubtedly require a fresh mind-set for everyone – from individual level, through energy and utility companies to government, regulatory bodies and policy makers. “When we see many stakeholders – community members, elected officials, utility companies, business leaders – come together, that’s when change becomes inevitable,” Van Horn states.

In the US, however, proponents of renewable energy are currently facing the challenge of a Trump presidency. The US president famously withdrew the country from the Paris Agreement, a deal uniting the world’s nations in the fight against climate change.

Fortunately, in terms of progress, it’s a change in policy that has not impacted the growth of renewable energies as negatively as it could have. “In Trump’s Paris withdrawal speech, he stated: ‘I was elected to represent the citizens of Pittsburgh, not Paris’,” says Van Horn. “Immediately after, Pittsburgh Mayor Bill Peduto fired back with a response that Pittsburgh is in fact committed to the Paris Agreement and will move to 100% renewable energy.”

Further, after that policy shift by Trump, more than 7,400 cities worldwide joined forces in pledging to a renewable future. “Thousands of businesses, states and cities stood up to Trump after his announcement, demonstrating that the action we need globally is being led locally,” Van Horn comments. “Over the past year I’ve seen cities and towns redouble their efforts to meet the commitment our country made to address the global threat of climate change.

“Today, 63 cities [in the US] are committed to transitioning to 100% clean energy. Nearly 200 mayors have individually signed onto Mayors for 100% Clean Energy, signalling their belief that clean energy is still a priority. It’s togetherness, not division that defines the global community’s commitment to solving the climate crisis and transitioning to renewable energy.”

Such a global commitment ensures that the number of cities ultimately achieving 100% renewable energy will undoubtedly grow. Worldwide, communities and businesses remain dedicated to the introduction of clean energy while, at the same time, advances in associated technology make the application of such sources increasingly more viable.

“We have a collective responsibility to ensure that as we scale the energy economy, the benefits of renewable energy are fairly and equitably shared across our communities,” Van Horn explains. “We are witnessing unprecedented changes to our energy system driven by customer demand and renewable technology costs coming down more quickly than anyone expected.

“More than 70% of the world’s energy experts agree that transitioning to 100% clean energy is achievable. When it comes to achieving that target, no two cities will get there in exactly the same way. They must not only asses which resources are most available, but what values will ultimately guide their plans. The transition to 100% clean energy is an opportunity to put power back in the hands of the community and ensure that this is where our new energy system is rooted. In doing that, we are pursuing a world that is both climate-safe and more just by addressing not only how we power our society, but who has power in our society.”