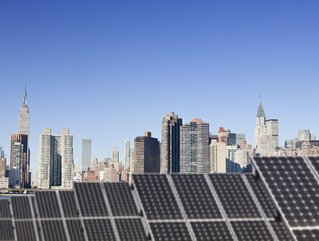 In a press release,

The developments will cover the three main areas of renewable energy: solar, wind and energy storage. The expected capacity of these projects will total 1,278MW of power.

Attracting over US$2.5bn in direct investment and generate 2,000 new jobs, the momentum for this expansion stems from the Governor’s ‘Green New Deal’, which is dedicated to providing 70% of New York state’s energy requirement via eco-friendly sources by 2030.

With the impetus for change enshrined in law as a Climate Leadership and Community Protection Act, the state will be pushing for the even more ambitious goal of 100% carbon-neutral energy by 2040.

"New York continues to be a leader in developing large-scale renewable energy projects in a way that brings significant economic benefits and jobs to the state," stated Governor Cuomo.

"With these projects, we will build on our aggressive strategy to combat climate change and lay a foundation for a more sustainable future for all New Yorkers."

The sum of New York’s ambitions could yield 2.5mn MWh of power - enough to power 350,000 average homes and mitigate over 1.3mn metric tonnes of CO2 per annum.

The numerous projects include Bald Moutain Solar (19.99MW) in Greenwich, Cohocton Wind Project (35.8MW) in Cohocton and the North Side Energy Centre (180MW) in Brasher, Massena and Norfolk.

Although within the top 15 states in terms of renewable energy generation, New York is still noticeably lagging behind the consider outputs of Vermont, Idaho and Washington.

The new renewable ventures have been in part funded by $1bn of awards from NYSERDA (New York State Energy Research & Development), an organisation which promotes energy efficiency and the use of eco-friendly alternative power sources.

Commenting on Governor Cuomo’s vision of a clean energy future within the next 20 years, Alicia Barton, President and CEO of NYSERDA, congratulated his efforts.

"Under Governor Cuomo's leadership and as emphasized in his 2020 State of the State address, New York's steady advancement of large-scale renewable energy projects is helping create a clean energy future faster and more affordable than ever anticipated.”

“Today's announcement is further proof that New York is leading the nation's efforts to act on climate while protecting our communities and our irreplaceable natural resources and boosting economic development."