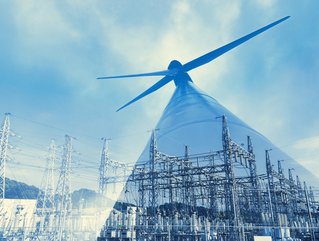 A major milestone has been met in the UK’s journey to decarbonisation, as

A major milestone has been met in the UK’s journey to decarbonisation, as analysis from Carbon Brief indicates that Q3 saw its renewables produce more electricity than fossil fuels over a quarter for the first time.

Between July, August and September, the cumulative total of electricity produced by wind, solar, hydroelectric and biomass facilities reached around 29.5TWh, exceeding the 29.1TWh produced by fossil fuels in the UK over the same period.

This comes in addition to a report from the Guardian in June 2019 that zero-carbon energy sources are on the brink of overtaking fossil fuel production over a calendar year, with the UK to have just five remaining coal-fired power plants by the end of 2019.

The Guardian added that the UK government has pledged to have entirely phased out coal-fire electricity generation by 2025, with the National Grid investing £1.3bn each year to switch the grid over to renewable energy.

While the number of coal-fire plants dwindles, the capacity of renewable energy generation is in a rampant ascendancy. Carbon Brief cited the recently completed 1,200MW wind project, Hornsea One, as a key example of this capacity growth. Offshore wind is projected to hit 20,000MW by the middle of the next decade.

Carbon Brief said that, over Q3 2019, 39% of the UK’s electricity was generated by fossil fuels, 40% by renewables, while the majority of the remainder was generated by nuclear power (19%).

Carbon Brief stressed that, while the switch over to renewables is both evident and gaining pace, the UK remains distant from its 2050 goal of net-zero greenhouse gas emissions and will struggle to meet its legally-binding international climate agreements by COP26 in November 2020.

It said that, under current legislation and policy, the UK government’s carbon production in the energy sector will drop dramatically over the next decade while that produced by transport, industry, homes, services and refineries will remain relatively constant over the same period.