Trust – how Intel is driving the autonomous revolution 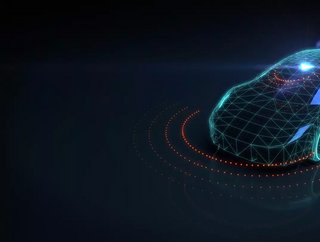 Intel CEO Brian Krzanich talks about the tech giant’s innovations with autonomous vehicle development and how trust, surrounding safety, is...

Intel believes the single most important factor driving our autonomous future is data – how to process, manage, move, share, store, analyse and learn from it. It’s a challenge not just confined to the driverless car. Tackling it will require the full depth and breadth of Intel’s portfolio, spanning the car, connectivity, and the cloud.

Intel’s CEO Brian Krzanich maintains it holds an advantage with a consistent architecture the industry can work with that scales from a developer’s laptop to the data centre, driving towards an exciting future for transportation as it unlocks the power of data. With that future appearing fast on the horizon of our shared freeways, Krzanich is already looking further ahead…

“So much of the discussion around autonomous driving has naturally focused on the car as a mode of transportation, but as driverless cars become a reality, we must start thinking of the automobile as a new type of consumer space,” says Krzanich. “In fact, we have barely scratched the surface in thinking about the way cars will be designed, the interaction among passengers, and how passengers will spend time while they are riding and not driving. In this respect, autonomous driving is today’s biggest game changer, offering a new platform for innovation from in-cabin design and entertainment to life-saving safety systems.”

Krzanich believes the AV industry will create one of the greatest expansions of consumer time available for entertainment we’ve seen in many years. “As passengers shift from being drivers to riders, their connected-device time, including video-viewing time, will increase. In fact, recent transportation surveys indicate the average American spends more than 300 hours per year behind the wheel,” he reveals.

Expanding on their joint vision for the future of in-cabin entertainment, Intel and Warner Bros unveiled further plans at Automobility LA last November. So, what will in-car entertainment look like with the AV Entertainment Experience? “With this expansion of available time, Warner Bros and Intel imagine significant possibilities inside the AV space,” explains Krzanich. “Not only do we see passengers consuming content ranging from movies and television programming, we imagine riders enjoying immersive experiences never seen before, courtesy of in-cabin virtual reality (VR) and augmented reality (AR) innovations.”

Harnessing the iconic entertainment portfolio of Warner Bros, Krzanich envisages the opportunity for fans of the superhero Batman to enjoy the immersive experience of riding in the Batmobile through the streets of Gotham City. “AR capabilities render the car a literal lens to the outside world, enabling passengers to view advertising and other discovery experiences,” he adds. However, he admits there’s still the elephant in the room to deal with. Trust.

“While the possibilities of in-cabin entertainment are fun to imagine, the ultimate test for the future of autonomous cars is going to be winning over passengers,” concedes Krzanich. “The technology will not matter if there are no riders who trust and feel comfortable using it.”

Trust – the key to automation

Some experts predict we can save millions of lives and grant mobility to all just by removing humans from the driver’s seat. But Jack Weast, Chief Systems Architect of Intel’s Autonomous Driving Group, reckons the difference between theory and practice comes down to this: “People are downright scared of robot cars. In fact, a recent AAA study found that 75% of Americans are afraid to ride in self-driving cars.” However, Weast believes it’s a trust problem that can be solved. “At Intel, we believe we can overcome consumer apprehension by creating an interactive experience between car and rider that is informative, helpful, and comfortable – in a word, trustworthy.”

So, how can Intel help deliver consumer confidence in autonomous vehicles? Its research into identifying user tension points around concepts such as ‘human vs machine judgement’, and ‘giving up control of the vehicle vs gaining new control of the vehicle’, have allowed it to explore trust as a core element of vehicle system architecture and design. “We believe the technology Intel is bringing to market is not simply about enjoying the ride – it is about saving lives,” assures Krzanich. “In fact, autonomous systems are the logical extension of seat belts, air bags and anti-lock braking systems. And the Mobileye Advanced Driver Assistance System (ADAS) technology on the road today is already saving lives. Current ADAS products from Mobileye have proven to reduce accidents by 30%, saved 1,400 lives, prevented 450,000 crashes and saved $10bn in economic losses. However, we cannot stop there. Our long-term goal has to be zero driving-related fatalities.”

Making the self-driving car a reality requires an unprecedented integration of technology and expertise. Mobileye is working with Intel to provide comprehensive, scalable solutions to enable autonomous driving engineered for both safety and affordability. With a combination of industry-leading computer vision, unique algorithms, crowdsourced mapping, efficient driving policy, a mathematical model designed for safety, and high-performing, low-power system designs, Intel aims to deliver a versatile road map that scales to millions, not thousands, of vehicles.

Mobileye boasts a portfolio of innovative software across all pillars of autonomous driving (the ‘eyes’), which Krzanich believes complements Intel’s high-performance computing and connectivity expertise (the ‘brains’) to create powerful and smart autonomous driving solutions from bumper to cloud.

“To reach our goal, we need standards and solutions that will enable mass production and adoption of autonomous vehicles,” argues Krzanich. “For the long period when autonomous vehicles share the road with human drivers, the industry will need standards that definitively assign fault when collisions occur. To this end, Intel is collaborating with the industry and policymakers on how safety performance is measured and interpreted for autonomous cars. Setting clear rules for fault in advance will bolster public confidence and clarify liability risks for consumers and the automotive and insurance industries.”

Already, Intel and Mobileye have proposed a formal mathematical model called Responsibility-Sensitive Safety (RSS) to ensure, from a planning and decision-making perspective, the autonomous vehicle system will not issue a command leading to an accident. It provides specific and measurable parameters for the human concepts of responsibility and caution and defines a ‘Safe State’, where the autonomous vehicle cannot be the cause of an accident, no matter what action is taken by other vehicles.

“Safety systems of the future will rely on technologies with maximum efficiencies to handle the enormous amount of data processing required for artificial intelligence,” adds Krzanich.

Thanks to its deal with Mobileye, the world’s leader in ADAS and creator of algorithms that can reach better-than-human-eye perception through a camera, Krzanich is confident the combination of the Mobileye ‘eyes’ and the Intel microprocessor ‘brain’ can deliver more than twice the deep learning performance efficiency than the competition. “That is a huge difference and one that matters. More than two times the deep learning efficiency leads to better fuel economy and less expensive cooling solutions.”

He concludes: “From entertainment to safety systems, we view the autonomous vehicle as one the most exciting platforms today and just the beginning of a renaissance for the automotive industry.”