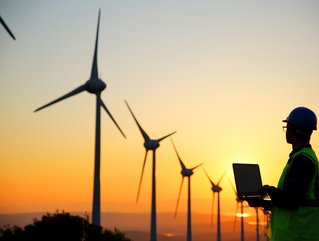 The US has reached a significant milestone in terms of renewable energy, as figures show that installed wind energy surpassed 90GW...

The US has reached a significant milestone in terms of renewable energy, as figures show that installed wind energy surpassed 90GW in the second quarter of this year.

This has been reported by the American Wind Energy Association, which puts the largest-ever figure down to the addition of 626MW worth of new projects in the country.

The AWEA has also pointed out that demand has been strong for low-cost wind power not just from utilities but major corporations, namely the likes of Walmart, AT&T, Grupo Bimbo and Merck & Co.

Such corporations accounted for around 56% of contracted capacity in Q2 2018, with companies favouring wind due to the stability of pricing possible through power purchase agreements (PPAs) and direct ownership of wind farms.

According to the AWEA’s press release, the low cost of wind power makes it a competitive source in the energy sector. There are currently an additional 19GW worth of new wind farms being constructed across the US.