Wood Mackenzie praises the ‘most advanced grid in the world’ 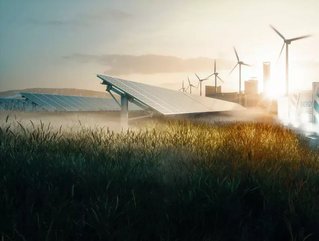 An electricity control system devised by a three-party energy consortium has been dubbed the ‘most advanced in the world’ by Wood Mackenzie...

An electricity control system devised by a three-party energy consortium has been dubbed the ‘most advanced in the world’ by Wood Mackenzie.

The consortium, comprised of Smarter Grid Systems (SGS), Nexant and GreenSync, designed the system in order to control networks operated by UK Power Networks, which has 8mn customers in London, the East and South-East of England.

Wood Mackenzie, an independent, strategic analyst and research organisation specialising in energy, intimated that the new system’s success could have a profound impact on grids around the world, including the US, Europe and Australia.

The integrity of the grid is, therefore, much more resistant and better able to balance supply and demand, particularly during intensive peak times. Analytical and forecasting capabilities will also be enabled to drive efficiency.

Incorporating DER assets will be essential for the UK to meet its ambitious 2050 net-zero carbon goal, meaning that the success of the ANM system could provide a valuable model upon which other countries can meet their own environmental targets.

“UK Power Networks plans to use the ANM system as its default tool for network operations, grid planning and customer engagement – as opposed to the piecemeal approach to incorporating DERs adopted by many utilities in the United States and Europe,” said Francesco Menonna, analyst at Wood Mackenzie.

Highlighting that similar attempts to achieve an ANM system in the US and Australia have been less encouraging that in the UK, Menonna went on to say that few energy companies had captured the grid flexibility exhibited by UK Power Network’s new system.

“Building a platform to connect and manage DERs on their networks will be increasingly important for distribution utilities around the world as the penetration of intermittent and distributed generation, energy storage and EVs increases.”

Each of the companies in the consortium contributed a vital component to the overall result: SGS provided its ANM Strata programme, Nexant its Grid360 and iEnergy for analysis and GreenSync its deX back-end marketplace.

This technological collaboration is emblematic of the success that can come through the pooling of resources; with each company focusing on one aspect, the overall result could be achieved much faster.

“A flexible energy system can deliver significant benefits for our customers. We made a commitment to work with industry to develop enabling technology and now we are seeing the results of that engagement,” commented Sotiris Georgiopoulos, Head of Smart Grid Developments at UK Power Networks.

“We are honoured to have this independent endorsement of the system we are building and to have its implications for the global power industry acknowledged.”