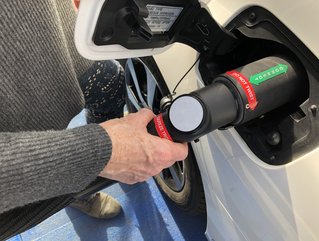 Solar and wind are largely considered to be the poster children of a post-fossil fuels world, but the viability of hydrogen as an a...

Solar and wind are largely considered to be the poster children of a post-fossil fuels world, but the viability of hydrogen as an alternative (and clean) fuel source is growing exponentially.

The latest act of portfolio diversification (or at least a repositioning for it) from Chevron shows a keenness of the supermajor to capitalise on hydrogen’s potential. On 18 February 2020, the firm announced that it is now a member of the Hydrogen Council, an advisory body for the world’s use of hydrogen across the energy transition.

While Big Oil continues to explore bridge fuels as a means to maintain profitability whilst aligning operations to increasingly sustainable behaviours and fuel sources, cracking the challenges of widespread hydrogen adoption would significantly boost the likelihood of meeting global sustainability targets, such as those laid out by the UN’s Sustainable Development Goals and the science-based necessity to keep global heating to a maximum of 1.5 degrees centigrade.

Chevron already uses hydrogen to refine crude at its refineries, along with other chemical processes, and has a history of operating hydrogen filling stations for fleet operators through various technologies. As such, it is ideally placed to augment and supercharge the Council’s work towards pushing hydrogen into the mainstream.

“Chevron has solved some of the world’s most complex energy challenges of the past. And, we continue to explore ever-cleaner energy solutions for the future,” said Michael Wirth, Chevron's Chairman and CEO, in the company’s statement. “Our support for the Hydrogen Council reflects our view that hydrogen can play a role in a lower carbon future as a transportation fuel, an industrial feedstock and an energy storage medium.”

In addition to its new role on the Hydrogen Council, Chevron is set to run test and learn pilots for hydrogen fuelling stations in California and was a contributor for the Fuel Cell and Hydrogen Energy Association’s ‘Road Map to a US Hydrogen Economy’.