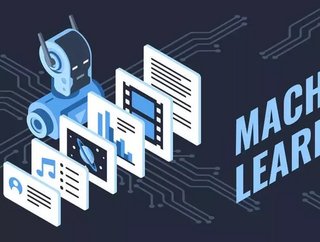 With the energy landscape set to change considerably soon, now is the perfect time to combine machine learning and electricity networks.

Bill Gates stated in 2017 that “If I were starting out today and looking for the same kind of opportunity to make a big impact in the world, I would consider three fields. One is artificial intelligence […] The second is energy […] The third is the biosciences”.

Without doubt, the future of energy lies in sustainable, reliable, and ‘smart’ generation and distribution systems, and in a network that is proactive instead of reactive. Power companies have vast and ever-growing volumes of data associated with network failures, network models, operational information from generators and asset databases.

This data has huge potential for predicting network failures and assisting with maintenance. In the future, through machine learning, adding records of network failures will be part of the solution, not the problem; by adding more records additional data for the analysis are provided to the model and which makes more accurate and precise predictions. For example, a machine learning algorithm could have access to a database with types, locations, ages or age profiles and conditions of assets, circuit and load data, as well as existing failure data, and return the probability and the cost of the failure as well as the likely time to happen (in hours, days, weeks or months).

Machine learning has the potential to be utilised as an economic modelling tool, evaluating strategic development and decisions relating to the use of electricity network reinforcement solutions using a cost-benefit analysis. In future, we will not only react to failures but also anticipate and avoid them using models which predict failures by analysing the techno-economic data. So, through machine learning, the industry is a step forward in developing a proactive rather than a reactive system.

In a post-Coronavirus era where the most imminent challenge is climate change, and alongside the UK’s commitment to transition to a net-zero economy by 2050, electricity networks will evolve to an ever more renewable basis. We can already see the prominence of renewables growing as power from clean energy provided 40% of the electricity used in Britain during the first three months of this 2020 – the first time renewable energy has overtaken fossil fuels.

Analysts argue that the renewable and sustainable energy industry should play a greater role and power a green economic recovery as it did during the last economic recession. Whilst not without its challenges, this is possible and machine learning could be a solution to some problems.

Fluctuations from renewable generation, such as wind and solar, are hard to predict accurately, even with the most sophisticated weather forecasts. Moreover, the small distributed generation and storage from in-house installed devices such as PV and batteries (numbering 50 million worldwide) add additional uncertainty in the system. Machine learning and artificial intelligence might solve these problems as these algorithms could be used to predict demand more accurately, as well as the outputs from renewable generation, with the predictions being used in both the short and long term.

Installed energy storage, including batteries, are beginning to be used to minimise the uncertainty of renewable generation and help to achieve a higher percentage in demand from renewable sources. This solution can, however, have reliability issues and limitations such as battery degradation and unexpected failures that require constant monitoring as well as maintenance. Using machine learning as a tool to monitor and anticipate potential failures in energy storage systems could lead to a more reliable and efficient system, and by using AI and machine learning algorithms, electricity demand and renewable generation could be more predictable and energy storage more reliable and efficient.

The promising future of ‘smart’ energy and machine learning in electricity networks is already being examined by the scientific community. Much has been said about the prediction of energy demand, solar energy generation forecasting and even precise predictions of the energy that can be harvested from food waste in urban environments. Taking into consideration the in-depth knowledge and wide usage of AI and machine learning across other sectors, the possibilities for the electricity network sector as we transition into a net-zero economy and society are exciting.

This article with contributed by Thalis Avramidis, Power Systems Engineer at WSP