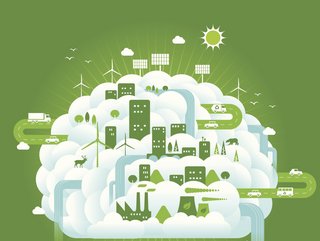 Three big predictions for the global energy and environment market were recently released by Frost & Sullivan. Based on a ‘2013 Search for Grow...

Three big predictions for the global energy and environment market were recently released by Frost & Sullivan. Based on a ‘2013 Search for Growth’ survey, which involved 1,835 executives in more than 40 countries globally, Frost & Sullivan's insight highlights new areas of growth.

Urbanization and smart cities, the changing dynamics of unconventional gas, and opportunities generated from increased environmental awareness and legislation will be the key topics in 2014 and beyond.

“Frost & Sullivan’s research team has used the findings to select and prioritize the subjects that are deemed to be poised for the greatest growth,” says Frost & Sullivan Partner John Raspin.

According to the new findings, urbanization and smart cities will drive changing market dynamics for energy and environment market participants. A growing percentage of the global population will be living in cities and urban areas in the coming decades.  Higher concentrations of larger populations are fraught with challenges:

o Urban populations will be higher income, and the growing middle class will consume more goods, resources, energy, and water, and create more waste and pollution.

o Increasing waste and pollution will drive awareness and the need for cleaner, more efficient energy and transportation.

o Smart cities that can better use existing resources through improved monitoring, controls, and coordination of services and infrastructure can improve quality of life for residents and attract more businesses.

o Smart systems have been in place across the transmission and distribution (T&D) space and are now also moving into commercial and residential buildings.

Check out more stories on smart cities and natural gas:

The emergence of shale gas and shale oil in the oil and gas (O&G) industry is also increasingly impacting the energy and environment sector. Natural gas has replaced coal as the main fuel source for electricity in the United States.

China has abundant, though technically difficult to access, shale beds that, if tapped, could further increase the country's economic clout on the global stage. Europe is looking at shale gas to increase domestic energy sources but also balancing that with environmental concerns.

Environmental concerns, highlighted by industry participants as a key area of interest, are an issue with shale extraction because they drive the potential for smart cities.

Based on the same survey, Frost & Sullivan has also determined the top 10 Technologies and Markets to Watch for in 2020: