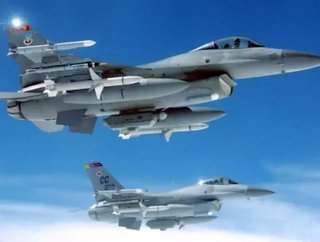 Contributed by Carin Hall The US Air Force&#39;s challenge to the biofuels industry to meet production needs of several hundred million gallons of alte...

The US Air Force's challenge to the biofuels industry to meet production needs of several hundred million gallons of alternative fuels for its fighter jets and tanks is now three years ahead of target. By 2013, over 40 aircraft models will be certified to run on fuels derived from waste and plants, according to Air Force Deputy Assistant Secretary Kevin Geiss.

“Reliance on fossil fuels is simply too much of a vulnerability for a military organization to have,” U.S. Navy Secretary Raymond Mabus stated in an interview. “We’ve been certifying aircraft on biofuels. We’re doing solar and wind, geothermal, hydrothermal, wave, things like that on our bases.”

The success of making the switch, however, is entirely up to the industry. The type of alternative fuels can come from a broad range of sources, but must be developed domestically, be cost competitive with petroleum, and emit fewer greenhouse gasses than traditional fossil fuels.

Thus far, the USAF's aircraft fleet has approved the use of coal- and natural gas-derived synthetic fuels with other alternatives still in testing phases. By next year, F-15s, F-16s and C-17s will be certified to use biofuels, while half of the service's annual fuel is expected to come from alternative blends by 2016, amounting to over 400 million gallons.

Last year, the USAF spent $6.7 billion on aviation fuel alone, accounting for more than half of oil consumption by all US government agencies. While the military only represents about 2 percent of the US petroleum market, these developments will drive market trends in the commercial aviation industry, the country's largest oil user.

The strong purchasing power of the American military will significantly drive market realities and help pave the way for the biofuels industry as a whole. In turn, producers will need big customers like the military in order to drive down the cost of biofuels.

USAF researchers and experts in the field outside the government are developing cutting-edge technologies in great confidence that their goals will continue to be met on schedule, if not sooner.