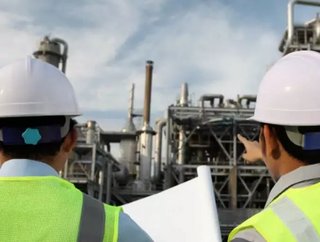 [email protected] Make sure to check out the latest issue of Energy Digital magazine At his 2014 State of American Energy speech today, American Pet...

He also discussed API’s advocacy and messaging priorities, issued a new report, and launched a new advertising campaign, which focused on the impact of future policy decisions on America’s energy revolution.

Gerard also unveiled the results of a new study by IHS, which estimates that capital spending in oil and gas midstream and downstream infrastructure has increased by 60 percent between 2010 and 2013, from $56.3 billion to $89.6 billion. This increase in capital spending has provided both an economic stimulus and further proof of how shale driven oil and gas production is reshaping the U.S. oil and gas infrastructure landscape, according to the report.

The IHS analysis also estimates that $85 billion to $90 billion of direct capital will be allocated toward oil and gas infrastructure in 2014. The IHS forecast of oil and gas infrastructure investment over the next 12 years (2014 - 2025) estimates a cumulative spending of $890 billion (in 2012 dollars) in the base case, and $1.15 trillion in the high production case.

Women gain ground in the oil and gas field

“We can erase what for decades has been America’s greatest economic vulnerability – our dependence on energy sources from other continents, particularly from less stable and less friendly nations – and fundamentally alter the geopolitical landscape for decades to come, all while providing a much needed boost to our economy. But only if we get our energy policy right,” Gerard said.

API is a national trade association that represents all segments of America’s technology-driven oil and natural gas industry. Its more than 580 members – including large integrated companies, exploration and production, refining, marketing, pipeline, and marine businesses, and service and supply firms – provide most of the nation’s energy and are backed by a growing grassroots movement of over 15 million Americans.

The industry also supports 9.8 million U.S. jobs and 8 percent of the U.S. economy, delivers $85 million a day in revenue to our government, and, since 2000, has invested over $2 trillion in U.S. capital projects to advance all forms of energy, including alternatives.