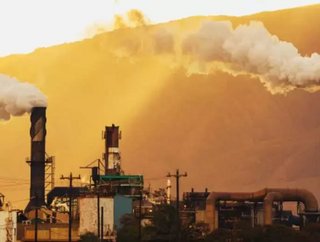 Most Americans in four key senators states support the U.S. Environmental Protection Agencys mission to protect health and the environment, and want th...

Most Americans in four key senators’ states support the U.S. Environmental Protection Agency’s mission to protect health and the environment, and want the agency to limit carbon pollution from power plants, according to a new poll commissioned by the Natural Resources Defense Council.


Conducted by Public Policy Polling, the separate polls in Arkansas, Illinois, Louisiana and New Hampshire also found overwhelming majorities in each state trust the EPA, and not Congress, to set limits on carbon pollution released by power plants, a key driver of climate change, and most believe such limits would drive innovation and job creation.

In separate polling, the NRDC Action Fund found that more people in those states would support a candidate who supports the EPA setting the first-ever carbon pollution standards, rather than one who does not.

Power plants are the nation’s single-largest source of such pollution, accounting for 40 percent of national carbon pollution.

President Obama promised to do so through the climate action plan he announced in June. He directed the EPA to use its authority under the Clean Air Act to set the first federal limits on the amount of carbon pollution power plants may release. The EPA proposed standards for new plants in September and will propose limits for existing plants by June 2014.

The poll also asked about impact on jobs and the economy. Respondents were asked which they believed about the standards: that they’ll put at risk the 760,000 jobs supported by the coal-based industry; or that pollution safeguards could spark innovation and create 210,000 new jobs by upgrading older power plants and increasing energy efficiency.

Survey respondents in these states are strongly behind the EPA doing its job. In Arkansas, 54 percent said the EPA is doing the right amount or not enough to protect health and the environment; in Illinois it was 62 percent; in Louisiana it was 59 percent; and in New Hampshire it was 58 percent.