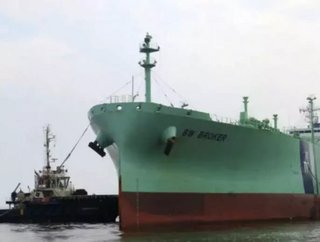 [email protected] Make sure to check out the latest issue of Energy Digital magazine The Angola LNG recently announced the sale of its first shipmen...

The Angola LNG recently announced the sale of its first shipment of LPG from the ferry terminal at its plant in Soyo, which was built with the aim of creating value from existing natural gas resources in offshore Angola.

The first shipment was sold free on board (FOB) to Sonangol, which is the state-owned Angolan oil and gas, and it was shipped via tanker BW Broker. The advantage of the sale of LPG, propane and butane, and condensates, reverts to the shareholder consortium Angola LNG.

The company Angola LNG Ltd. will collect, process and sell approximately 5.2 million tons of LNG per year, in addition to propane, butane and condensate, from its manufacturing facilities in Soyo, northern Angola , one of factory LNG processing in modern world.

Angola is the second largest oil producer in sub-Saharan Africa. Historically, the associated gas has been flared or re-injected into reservoirs of crude oil, constituting the Angola LNG project a solution so carbon emissions are reduced and will create a new source of clean energy.

The Angola LNG itself is one of the largest investments ($10 billion) ever undertaken in the Angolan oil and gas industry.

In addition to the infrastructure for the production and shipment of natural gas in manufacturing plants in Soyo, Angola LNG has storage tanks with a capacity of 88,000 m3 of propane, butane and 59,000 m3 of 108,000 m3 of condensate. They have a marine terminal dedicated to shipping such products and a second terminal for loading pressurized butane which will supply the domestic market.

The Angola LNG Limited is a joint venture between Sonangol, Chevron, BP, Total and ENI for utilization of gas associated with oil production, which, after processing, are extracted for marketing natural gas (LNG) and natural gas liquids (NGL ). Its expected lifetime is 30 years.