Are the oil companies telling the truth? 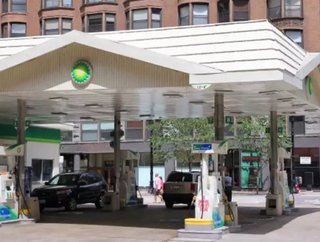 By Tina Samuels With the recent environmental tragedies around the world, from nuclear reactor leaks to the oil spill in the Gulf, how can people know...

With the recent environmental tragedies around the world, from nuclear reactor leaks to the oil spill in the Gulf, how can people know if any companies are telling the truth when it comes to environmental awareness?

Oil companies are a major concern for most people when it comes to the eco-factor. The planet has suffered many environmental disasters; it is reasonable to expect that consumers want to know when there is a problem.

That said, oil companies claim to be speaking the truth when it comes to their commitment to environmental safety.

Let's examine what some have been saying and the facts behind those words.

BP, which is an integration of the British company British Petroleum and the American Amoco, was found responsible for the 2010 Gulf Oil spill.

This oil spill began with the sinking of the offshore drilling rig, Deepwater Horizon. After many trials and accusations, BP agreed to set up a $20 billion fund for victims of the spill.

More than $6 billion was paid out in claims, until July 2013 when BP attempted to have the payments frozen. This was because they claimed the law firm dispersing the settlements were profiting unfairly. A judge refused to stop the payments and said that he did not see the fraud claimed by BP.

BP has claimed they are committed to the environment, which their advertising for their commitment falls at an opportune time.

The Clean Water Act trial began in February 2013. By trying to show that the company is committed to an environmentally safe practice, the company may hope to spread a better view of the business before the second half of the important trial in 2013.

While most people know and remember the huge oil spill from the Exxon Valdez, there have been other disasters that were larger.

Countries that have much more lax rules and regulations concerning oil drilling or transport are more likely to have such problems. Large companies compile their own data and even though it is reviewed, that doesn't mean that the large companies always report everything.

Smaller companies are more likely to have better practices.

In fact, the small oil company Sunoco, based in Philadelphia, was the only oil company to sign on with the environmental Ceres principles, which includes standards for reporting. What Sunoco doesn't tell people is that they do not extract their own crude and cannot promise that the crude they secure was extracted in accordance with those Ceres principles.

One small company, based in New York, Hess, has been listed as one of the most trustworthy oil companies.

This listing was done by Forbes and takes in consideration how accurate the data is reported by the company and transparency of their practices. Hess has made efforts to power some of their own operations through renewable sources and plans to reduce flaring in the areas where they drill by 50 percent within the next five years.

No oil company can be totally environmentally friendly as oil itself and the use of it is seen by many as damaging to the environment.

Until the world can cut out its dependence on oil completely, people will need to trust oil companies to continue to reduce their own pollution and become more environmentally friendly.