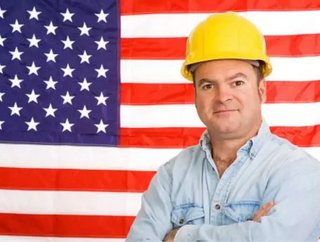 Since the 1970s labor unions have been in a steep decline.

Public unions have been at about the same density since 1985 (around 35 percent), though privately-owned corporations are far less likely to be unionized. At a little more than 6.0 percent density, the privately-owned sector can be said to have virtually no unions to “have the backs” of workers.

During the 2008 presidential elections, unions donated funds to help President Obama become elected. Over time, many of the bills proposed to help unions stay organized and help workers never made it to the voting floor.

Since then, many of the unions that donated to Obama's campaign have faded away.

Wages of many union workers are far less than in previous years, a shocking 11 percent of total wage pool of all working Americans.

While deregulation of electrical suppliers have helped Americans find different sources of electricity, it has also created a problem for workers.

Those companies that had existing unions or are owned by public companies still have unions. These unions are all tentatively connected or at least associated. Members must pay dues (as with any union) and are represented by union leaders. Rates of pay or cost of living adjustments (COLA) have decreased over the years.

Electrical unions are more prevalent in the Northeast and Mid-Atlantic states, though there are some unions in other regions. California has unions for electrical workers and so does Georgia.

In the Northern states the unions are more powerful with companies as they have been established longer and people are less likely to accept the “employer knows best” attitude.

Some political movements have been chipping away at unions around the nation for years, including electrical unions.

Opponents of unionized workers point to higher costs, lack of corporation viability in a competitive market, and less choice of employees as reasons to avoid or dissolve unions.

Some backers of this school of thought will threaten to fire employees that speak of forming unions. This is technically illegal, though the practice exists and will probably persist.

In 2012, after the devastation of Hurricane Sandy, some politicians used unions as a way to push the point of 'union thugs' to media consumers.

Groups of non-union electrical employees from Southern states were supposedly turned away from areas in New Jersey affected by Hurricane Sandy by union workers. This was proven to be a false accusation, but due to the media coverage and recording manipulation the damage was done. Many in the public believed electrical unions cared more about their pockets than their customers without power.

Unions are losing power, not just in utility companies, but all across the country.

As a result, no one can be 100 percent sure what the future holds for unions or American workers, including those in the utility industry.

About the Author: Tina Samuels writes on David Kiger and other small business personalities.