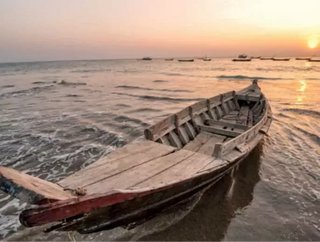 [email protected] Make sure to check out the latest issue of Energy Digital magazine Offshore blocks offered in Bangladeshs Bay of Bengal have attra...

Offshore blocks offered in Bangladesh’s Bay of Bengal have attracted a disappointing level of interest from license-holders; however, anticipated improvements to the terms governing the country’s oil and gas industry could entice investors, says research and consulting firm GlobalData.

According to the company’s latest report, only one extra bid is thought to have been received for the shallow-water blocks during the extension of Bangladesh’s 2012 bidding round, adding to the three already received. As a result, more attractive fiscal terms are likely to be implemented in upcoming rounds, although the next one is unlikely to commence until 2015.

The fiscal terms for Bangladesh’s deepwater blocks were amended significantly, with a number of new incentives, mid-round in 2013; however, no such improvements were applied to the terms for the shallow-water area, despite increasing demand for natural gas.

Jonathan Lacouture, GlobalData’s Lead Analyst for the Asia-Pacific region, cites this lack of incentives as a reason for the low number of bids.

“Bangladesh faces fierce competition from India and Myanmar for exploration investment in the Bay of Bengal,” says Lacouture. “Incentives are needed to make the Bangladeshi blocks stand out, especially considering the substantial turnout which Myanmar recently experienced in its own licensing round.”

Indeed, Bangladesh’s upstream oil and gas sector is further clouded by ongoing uncertainty over the status of certain blocks in the shallow-water area. Following a clash with Myanmar over maritime boundaries, a similar dispute with India now remains unresolved, and arbitration on this dispute is not expected until June 2014.

“If the ruling on this issue favors India, then it would threaten the integrity of the six offshore blocks on the western edge of the exclusive economic zone, which are currently claimed by Bangladesh,” Lacouture says. “This arbitration means that the next bidding round will probably not happen until 2015 and the delay will only increase authorities’ urgency to attract investors.”

Will Scargill, fiscal analyst for GlobalData, suggests that future incentives are most likely to be offered through either a higher-cost recovery limit, or an improved gas-pricing framework.

“Given the level of domestic demand, export provisions are unlikely to be offered,” Scargill says. “The 2008 model contract permitted exports, and it was precisely for this reason that there was a lot of political opposition to the contract.”