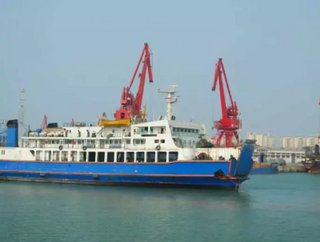 [email protected] The May issue of Energy Digital magazine is live Tensions are growing between China and Vietnam after the Chinese placed an oil ex...

Tensions are growing between China and Vietnam after the Chinese placed an oil exploration rig in the South China Sea close to the Paracel Islands, which are claimed by both countries.

Vietnam officials are saying that Chinese ships rammed Vietnamese boats and fired water cannons at them. Chinese officials are claiming that Vietnamese ships smashed into Chinese vessels at least 171 times in the past week.

The United States State Department has condemned China for putting the oil rig into disputed waters. “China’s decision to introduce an oil rig accompanied by numerous government vessels for the first time in waters disputed with Vietnam is provocative and raises tensions. This unilateral action appears to be part of a broader pattern of Chinese behavior to advance its claims over disputed territory in a manner that undermines peace and stability in the region,” said Jen Psaki, U.S. State Department spokesperson.

According to Kyodo News, Japan is also strongly concerned about the mounting tensions in the South China Sea due to China’s unilateral exploration.

Yi XianLiang, China’s deputy director general of Boundary and Ocean Affairs, told a press briefing that China Oilfield Services’s drilling was legitimate and inside China’s sovereign territory and that Chinese companies had been operating in the area for a decade and the recent drilling was a “routine continuation” of that, as reported by Bloomberg News.

Ownership of territories in the South China Sea has been disputed between Asian countries for decades. But now that there is a potential for a major oil field find, tensions are more intense and relationships strained.

Estimates are that there could be approximately 11 billion barrels (bbl) of oil reserves and 190 trillion cubic feet (Tcf) of natural gas reserves in the South China Sea, according to the Energy Information Administration. But energy consultancy Wood Mackenzie estimates the sea to contain only 2.5 billion barrels of oil equivalent in proved oil and gas reserves.