Despite Criticism, Industry is Bullish on Natural Gas 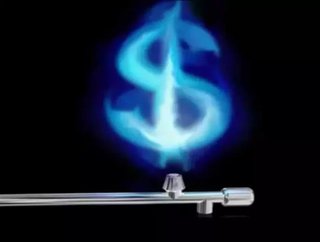 Click here to experience this article in our digital reader As the natural gas boom boasts great potential for the oil and gas industry, it also come...

As the natural gas boom boasts great potential for the oil and gas industry, it also comes with a bourgeoning list of risks. Drilling in the public's backyard is under intense scrutiny—a trend magnified in this year's report from BDO USA, LLP, a leading accounting and consulting organization, analyzing the risk factors listed by the top 100 companies in the industry. Consequently, the legislative and regulatory changes tied to the public's anxiety over environmental ramifications of shale gas exploration were listed as a top concern.

Hydraullic fracturing, or fracking, has become a dirty word from an enormous amount of press generated from critics and environmentalists. Popular films like Gasland, a controversial documentary portraying shale gas production as dangerous, has spurred a fear that the country's rapid development in a relatively new industry threatens drinking water, public health and may even cause earthquakes.

And though they may be right, should that halt the industry? Is fracking really as bad as drilling offshore operations and the risk more oil spills in the ocean? In the transition from fossil-fuels to more renewable forms of energy, natural gas isn't such a bad choice in the big picture. And there's so much of it. That's exactly why the industry isn't giving up. In fact, they're quite hopeful.

“The U.S. energy industry is tremendously optimistic about the potential of its natural gas reserves,” said Charles Dewhurst, partner and leader of the Natural Resources Practice at BDO USA, LLP. “Yet rather than bask in this relatively newfound world of opportunity, oil and gas companies are taking action and holding themselves accountable for the responsibilities that come with drilling on American soil. This accountability is reflected in an increasing awareness of the risks associated with the operational and legislative aspects of shale gas extractions.”

Despite opposition and increased regulation regarding natural gas exploration, companies are focusing their energies on working towards compliance with new legislation. In fact, operational risks were ranked particularly high this year. Shortage of rigs, equipment and personnel went up to 81 percent from 72 percent last year. Increased operating costs is also up to 75 percent from 67 percent in 2011.

“Somewhat ironically, I think that's actually a good indicator,” says Dewhurst. “That usually indicates a booming period of drilling activity in the industry. Though the costs of all things involved in those activities will go up, it's not a bad thing for the industry overall.”

Another good sign: concerns of competition faced from alternative forms of energy was cited by 78 percent of the companies, compared to 72 percent last year. The impact of climate change and greenhouse gas legislation as well as regulation on fracking activity was also cited as higher this year.

“Fracking is under a microscope this year—more so than ever in the past,” says Dewhurst. “That continuing trend is probably a good thing. The industry is taking those concerns seriously, so it can react to them.”

Even with the low prices of natural gas, the industry remains bullish. Reserves found in shale formations in areas that weren't traditionally big oil and gas producing areas (particularly in the Northeast), are now oversupplied with extractable gas near major population centers.

“It's perceived as a game changer for the domestic energy industry,” says Dewhurst. “The potential for using natural gas as a main component of our electricity supply is very exciting for the industry.”

The world economic outlook, on the other hand, is even murkier this year than the industry had hoped. Factors outside the US could impact oil prices in the country, which can be pointed to as one of the major reasons certain risk factors were cited more this year than last.

“I think that reflects the continuing concern that the world economy is in somewhat of a precarious balance right now,” say Dewhurst. “Global volatility heightens operating risks, no question about it.”