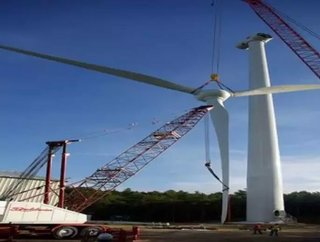 The latest innovations in clean energy resources have turned their attention offshore &ndash; from wind turbines miles off the coast of Hawaii to energ...

The latest innovations in clean energy resources have turned their attention offshore – from wind turbines miles off the coast of Hawaii to energy powered by an ocean’s wave – find out how the world is focusing their efforts on valuable sources of clean energy innovations seaward.

Massachusetts has long been recognized as the “Whaling” State for its efficient use of whale oil as a source of fuel. But it is the 21st century after all, and their attention has turned toward green technologies, and most explicitly, the offshore wind installation at Cape Wind. The New Bedford Marine Commerce Terminal will house the nation’s first facility to support offshore wind turbine delivery, assembly and installation, and will feature technologies similar to those found in European offshore wind sites.

The Cape Wind project was partially approved in November when the Department of Public Utilities moved forward with the 15 year power purchase agreement plan with National Grid. That approval will continue to push the construction of Cape Wind’s project, eventually installing 130 turbines in Nantucket Sound via the experience from more than 800 offshore wind turbines already in place in Europe.

“Approval of this contract between Cape Wind and National Grid is a major milestone toward ensuring that the nation’s first offshore wind project will rise off the Massachusetts coast, and that the Commonwealth will gain the benefits in jobs and economic development that come with being the hub of offshore wind in the United States. By determining, through an extensive adjudicatory review, that the contract is cost-effective and in the public interest, this approval also paves the way for the state’s other utilities and power suppliers to purchase the rest of Cape Wind’s power,” said Energy and Environmental Affairs Secretary Ian Bowles.

Once fully approved, at least 18 months of development will include project phases for the construction of turbine manufacturing, upland cable, offshore electric cabling and park construction. NSTAR is the proposed location for the land based facility where the electric grid will be connected. This stage in the process uses a traditional electrical cable production route, but will continue for the offshore production of “hydro-plowing,” a process where engineers plant cables six feet below the ocean’s surface. Each specific turbine is constructed on a monopole foundation following extensive research, and will use the experienced offshore equipment and construction techniques from previous offshore wind farms abroad.

An ocean’s wave is a powerful thing – not only does it propel surfers and body boarders sideways, backwards and upside down – but it can also create electricity. At least, that’s what Ocean Power Technologies (OPT) is trying to prove. In 1997 the team at OPT began implementing ocean trials off the coast of New Jersey using a floating buoy to capture a wave’s energy. The mechanical stroking caused by each wave movement drives an electrical generator, with the electricity that is generated being transmitted on shore through an underwater power cable. When assembled into a wave farm of multiple PowerBuoys, a 10-megawatt power station would occupy only approximately 30 acres of ocean space.

In 2003 following listing on the London Stock Exchange, the company turned its attention toward Spanish waters and future work in the UK. Yet 2010 marked its biggest year, when OPT completed the first ever grid connection of a wave energy device in the United States. The development, which was completed at the Marine Corps Base Hawaii, indicated that OPT’s PowerBuoy system can comply with national and international standards for renewable energy sources.

The utility PowerBuoy technology converts ocean wave energy into electrical power for grid-connected applications; used specifically in the Marine Corps Base in Hawaii, it has a 40kW output. Currently the location of the PowerBuoy, which was deployed in December 2009, is three quarters of a mile off the coast in Oahu and in water 100 feet deep.

Through independent research, OPT’s technologies were approved under national and international standards including UL1741 and IEEE1547, in addition to the National Environmental Policy Act, which gave an FONSI (Finding of No Significant Impact) result.

“OPT has been ocean-testing its technology in the Atlantic and Pacific Oceans for several years,” said Charles F. Dunleavy, Chief Executive Officer. “Our engineers and marine operations personnel have worked hard to bring about this success. Grid connection is another significant milestone in demonstrating the potential for commercial status of our PowerBuoy technology. We thank the Navy and the Naval Facilities group for supporting this project as we move nearer to achieving their goals for the program. We are pleased to be a part of the renewable energy initiatives undertaken by the commander of Marine Corps Base Hawaii.”