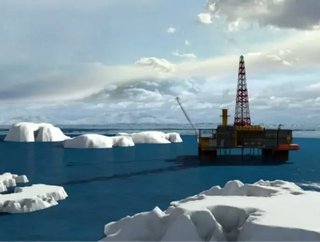 Dr. Michael C. Daly is the former executive vice president of exploration at BP. During a recent speech at Imperial College in London he discussed the future trends of global oil and gas exploration.

According to Daly, exploration trends will follow the industry’s perception of the “next best resource base” to explore and develop, which incorporates both the scale and quality of resource and the cost of its development.

In the next 30 years there will be:

(a) a decline in deepwater discoveries;

(b) the rise and then fall of arctic ice-bound discoveries;

(c) and sustained exploration delivery from onshore basins as the continents are re-explored.

What does this say about the future exploration trends?

So where will industry go? Not west, but north.

The ice-bound continental shelf and slope of the Arctic remains largely unexplored. But 60 percent of the arctic continental margin is in Russian waters, which explains the dominance of Russia in terms of estimates of YTF. The frontiers there of deepwater basins and deltas remain to be explored. The Arctic has significant potential, but the license to operate remains uncertain outside of Russia.

Onshore, three exploration trends will dominate as the industry re-explores the onshore and shallow water regions of the world.