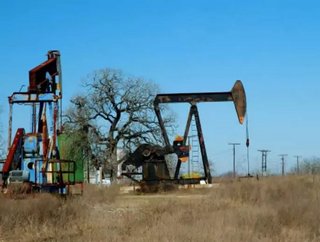 The Pennsylvania Department of Environmental Protection announced last week that operators of unconventional gas wells will no longer be unconditionall...

The Pennsylvania Department of Environmental Protection announced last week that operators of unconventional gas wells will no longer be unconditionally exempt from seeking an air quality plan approval for well sites. Plan approval authorizes the construction and temporary operation of air emissions sources.

Revised technical guidance, released by DEP, explains that the agency may grant such operators a permitting exemption, provided that they implement controls and practices more stringent than federal rules.

DEP has submitted a formal notice announcing the change for publication in this week's edition of the Pennsylvania Bulletin.

"Gov. Corbett's continued leadership on energy and environmental issues has put Pennsylvania in a unique position - air quality has improved over the past few years at the same time the state's energy portfolio continues to expand the development and use of natural gas," DEP Acting Secretary Chris Abruzzo said.

"We fully expect both of those trends to continue, and this strategy builds on existing federal requirements by continuing to set the high, but fair, bar we have come to expect," Abruzzo added.

Earlier this year, Pennsylvania's DEP announced it was proposing to amend technical guidance detailing which emissions sources would not be required to obtain air quality plan approvals from the state. Oil and gas well sites in Pennsylvania had been granted blanket exemptions from obtaining approvals since 1996.

The final revised guidance affords each operator the choice between seeking an air quality plan approval from DEP, or demonstrating and implementing controls and practices more stringent than the federal rules.

The DEP guidance includes practices such as a leak detection and repair program for the entire well pad and facility, rather than just the storage vessels as required by federal rules. Any leaks must be repaired within 15 days unless the operator shuts the site down or is in the process of acquiring replacement parts.

Emissions of volatile organic compounds and hazardous air pollutants must also be controlled beyond levels required by the federal rules. DEP's guidance also requires that emissions of nitrogen oxides be less than 100 pounds per hour, half a ton per day and 6.6 tons per year; the federal rules do not address or limit such emissions.

Finally, while both the federal rules and the state's guidance allow for flaring (with the EPA requiring green completions at all wells by Jan. 1, 2015), open flaring is only allowed by the state on a short-term or emergency basis. Flaring used as emission control on storage vessels must be enclosed, resulting in reductions of volatile organic compounds and hazardous air pollutants. Such enclosed flares have been demonstrated to achieve up to 99.9 percent elimination of such pollutants.