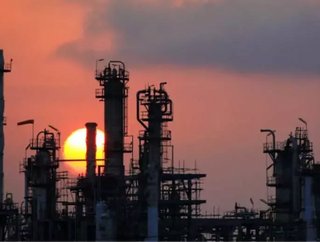 Despite the tough economic conditions still plaguing Europe, world refinery throughput will rise as global demand for gasoline, jet kerosene, gasoil and diesel products during Q3 2013 ramps up, according to the latest forecast from research and consulting firm GlobalData.

The new report* states that demand for gasoline in Q3 2013 will increase by 325 mbd (thousand barrels per day) over Q2 figures, while gasoil and diesel demand will rise by 280 mbd over the prior quarter.

Jet kerosene will also enjoy a 150-mbd quarter-on-quarter rise, while global refinery throughputs are expected to witness growth of 2.2 mmbd (million barrels per day) over Q2 2013 levels, as new atmospheric distillation capacity comes onstream in the Middle East, India and China. This increase will raise total global throughput to 77 mmbd – the highest level in at least five years.

The global oil market is expected to continue its growth throughout 2014, with gasoline demand rising by a further 115 mbd over 2013 levels, and diesel and gasoil rising by 525 mbd.

“Despite the positive outlook, these figures will be limited by various underlying economic issues, not least of all the European recession,” says Jeffrey Kerr, GlobalData’s managing analyst for Downstream Oil & Gas. “The slowdown in Chinese demand and the rapid decline in Indian demand are also contributing factors. The U.S. is the only country showing any signs of pushing through its economic woes.”

Jet kerosene can expect to witness a drop of 55 mbd over the course of 2014, says Kerr, thanks to a decrease in air travel caused by the recession and the Chinese economic slowdown, while refinery throughput will see a similar reduction of 57 mbd.

Kerr continues: “The key for the global economy moving forward is which of these trends are the strongest: the US moving higher or the rest of the world moving lower, and currently it seems that the refined products markets are supporting the US position.”