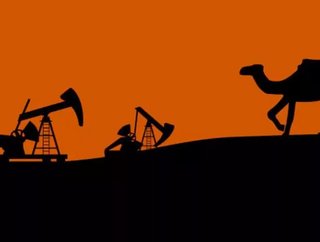 By Adam Groff No matter which way you look at it, oil has become an absolute necessity when it comes to daily life. Because of this, it&#39;s important...

No matter which way you look at it, oil has become an absolute necessity when it comes to daily life.

So, what are some ways the United States and other countries are keeping oil safe in the Middle East amid the constant tensions?

In order to better understand the issue of oil safety in the Middle East, it's important to first understand how much oil the region has. Although there are a number of foreign companies that control Middle Eastern reserves, the majority of the oil is controlled by domestic entities.

Companies like Shell, BP, and Exxon all have a stake in the region's oil production and, with barrels by the billions, it's no wonder oil safety in the Middle East is a growing concern for oil-dependent countries across the world.

Companies with a vested interest in oil production in the Middle East are taking whatever means necessary to protect their oil reserves. And, as tensions in the region rise, oil reserves are relatively safe from continuing threats.

Here's part of the reason why:

* Military Presence - As turmoil and domestic war breaks out between certain oil-producing regions in the Middle East, oil-dependent countries like the U.S. and others increase their military presence in the region. With an increase in military comes an added protection to oil production and transport in and around the most problematic areas.

* Border Security - Many regions in the Middle East are battling over oil-rich lands that border multiple territories. Because of this, wars are breaking out over oil-producing regions. As a result, many oil companies secure not only their reserves, but the land surrounding the reserves via armed border security.

* Controlled Spending - Much of the money that goes to the Middle East for its oil directly fuels further conflicts in the area by leading to the purchasing of military-grade weaponry. Because of this, many oil companies are increasing their efforts to better control where the money goes by limiting their domestic partnerships to reputable oil producing entities only.

* Alternative Energy Resources - Many oil companies in the Middle East believe that a lack of presence in the area is the only safe bet to take. Because of this, companies are not only diversifying their oil interests to other countries, they're also leaning towards alternative and renewable energy technology.

Although tensions in the Middle East are increasing on a regular basis, oil companies in the region are doing all they can to play it safe.

About the Author: Adam Groff is a freelance writer and creator of content. He writes on a variety of topics including world markets, the benefits of a wireless credit card machine, and personal health.