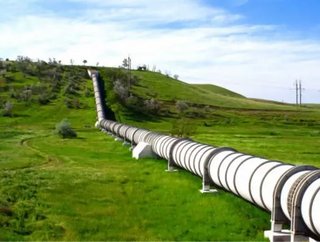 [email protected] Click here for the latest issue of Energy Digital magazine The Keystone XL pipeline proposal has received a nod from the U.S. Stat...

The Keystone XL pipeline proposal has received a nod from the U.S. State Department and, following its likely approval from President Barack Obama before the end of 2014, the project will provide the U.S. with a steady and environmentally friendly oil supply source by 2018, says an analyst with research and consulting firm GlobalData.

Recently, the U.S. State Department released a review determining that the 830,000 barrel per day (bd) pipeline would have no major impact on the environment and climate change, making it much safer to transport crude oil through the pipeline instead of rail cars and tank trucks.

According to Carmine Rositano, GlobalData's managing analyst covering Downstream Oil & Gas, the Keystone XL pipeline could accelerate the timing for the North American Energy Independence goal. Crude oil imports into the U.S. averaged 5.2 million bd in 2013, excluding 2.5 million bd from Canada, and sourcing another 830,000 bd from Canada could displace around 16 percent of crude oil imports into the U.S. from other regions.

Energy choices that will define America

“Additionally, crude oil from Canada has also been less expensive than imports, allowing America’s lower competitive feedstock cost to intensify the current advantage that Gulf Coast refiners and manufacturers have over international companies.”

With a high level of support from the Republican Party and unions, key fractions within the Democratic Party are now lining up to back the construction of the pipeline, despite opposition from environmentalist groups.

“The Keystone XL pipeline provides the U.S. with a steady supply source, therefore reducing reliance on oil imports from hostile governments and volatile crude supply areas around the world. This infrastructure project will only bring benefits to the regions involved,” Rositano says.