The May Edition of Energy Digital is now live! 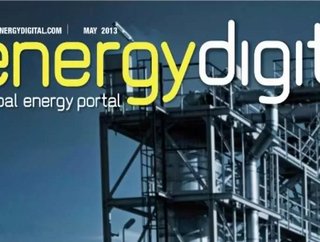 The May Edition of Energy Digital is now live!

Read the May Edition of Energy Digital here

Say hello to a clean energy future as we report on some very significant projects developing around the world in this month's issue:

Oil and Gas: Shell Takes the Lead on Natural Gas, Welcomes the Future of Clean Energy

Oil giant Royal Dutch Shell takes the lead in natural gas, a move the company says will be the most significant in reducing CO2 emissions and serve as a complement to renewable energy. Thanks to the US shale boom, energy independence is closer than ever.

Meanwhile, Australia brings its massive 420 MW Macarthur Wind Farm project online, making it the largest wind farm in the Southern Hemisphere. The country's biggest utility companies join forces with a wind turbine manufacturer that has managed to develop a technology that can tap even low to medium wind speeds—a huge win for Australia and the future of the wind industry as a whole.

Apparently, there's a silver lining in the occurrence of earthquakes—and it comes in the form of gold. Australian scientists recently confirmed the link between the formation of gold deposits as a result of earth's naturally occurring 20,000 annual earthquakes.

Green Tech: Nest Partners with Utilities, Aims for Peak Energy Efficiency Across the US

Nest Labs reveals the new and improved Nest v3.5, while at the same time making its energy-saving features available across the nation with the help of a few strategic partnerships in the US utility market. Saving energy is a beautiful thing—just look at these iPod-generation thermostats!

Which countries actually have the largest reserves?

The May issue is also packed with great content and in-depth interviews with some of the world's leading companies and key players, plus much more.