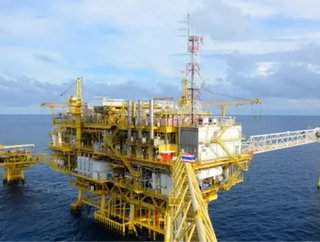 The fiscal and regulatory terms governing Egypts oil and gas industry may require amending after decades of stability, following new discoveries of gas...

The fiscal and regulatory terms governing Egypt’s oil and gas industry may require amending after decades of stability, following new discoveries of gas prospects in the country’s deepwater areas; however, numerous challenges may well outweigh the need for more incentives to boost exploration and production in the region, says a new report from research and consulting firm GlobalData.

The company’s latest report states that despite years of rigid Egyptian fiscal terms, a brief signal of flexibility came from an amendment signed by BP and RWE in 2010 for their North Alexandria and West Nile Delta concessions. Since then, however, recent bidding rounds have retained the Production-Sharing Agreement (PSA) framework.

Now, following recent discoveries in the previously unexplored areas of the offshore Nile Delta and Egypt’s wider Mediterranean waters, new investment incentives may be necessary to improve the attractiveness of exploration and production activity in the country.

Rabie Khellafi, GlobalData’s lead analyst covering Upstream Oil & Gas in the Middle East and North Africa (MENA) region, says: “Many of the fields boast considerable size and come with significant costs, and with domestic gas prices being low compared to world and even regional averages, along with increasing domestic consumption and the decreasing exports share of the total production, profitability for license holders is significantly reduced.

“However, the decision to remove the production-sharing mechanism from the concession agreements in 2010 illustrates that improvements to Egypt’s fiscal terms could also make discoveries in this area commercially viable.”

On the other hand, due to political pressures and government finances, it is unlikely that Egypt will offer its concessions under the tax and royalty regime thought to be in place for these previous projects. It is also doubtful that the Egyptian public would support a policy that would see the state lose control of natural resources to foreign investors. Any unpopular decision could well risk political backfire.

“Furthermore, as production-sharing terms are biddable, adjustments may be made towards more favorable fiscal terms as perceived potential returns decrease,” Khellafi says. “The main issue will be pricing, as gas prices have been artificially kept low for a long period of time. The gas pricing formula has been linked to oil costs, but the price ceiling in the formula has always kept gas prices below $3 per thousand cubic feet (mcf), reducing potential higher profits and putting pressure on investments.

“Due to the costs of the state’s vast subsidy programs, large debts of around $5 billion, owed to international oil companies (IOCs), have also built up over recent years, relating to sales through the Egyptian General Petroleum Corp. (EGPC). Even if contract terms do become more attractive, this is unlikely to have a large effect on foreign investments if the problem of such debt is not solved so that investors can gain from the revenues related to such contracts,” the analyst concludes.

This report was built using data and information sourced from proprietary databases, primary and secondary research, and in-house analysis conducted by GlobalData’s team of industry experts.