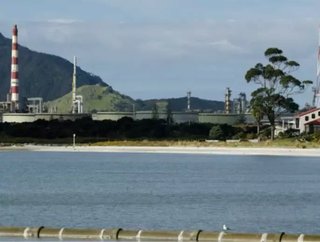 Although New Zealands specific upstream fiscal and regulatory terms are unlikely to change in the near future, the sectors exposure to wider economic p...

Although New Zealand’s specific upstream fiscal and regulatory terms are unlikely to change in the near future, the sector’s exposure to wider economic policy is a risk, says research and consulting firm GlobalData.

According to the company’s latest report (New Zealand Upstream Fiscal and Regulatory Report), the current fiscal terms of New Zealand’s upstream oil and gas industry will remain attractive, with a government take of around 45 percent. However, the country’s upcoming general election in 2014 could pose risks relating to the upstream sector’s exposure to more general policies, with possible increases in the tax burden.

At present, the only petroleum producing area in New Zealand is the Taranaki Basin, but New Zealand Petroleum and Minerals is hoping to increase interest in exploration through its new system of Block Offers, which could bring positive results to the upstream sector. However, potential tax increases could harm these plans.

The greatest potential change in fiscal terms may lie with the corporate income tax (CIT) rate. Upstream oil and gas companies operating in New Zealand pay the general CIT, rather than a specific petroleum tax, so tax rates are more likely to be affected by broader economic trends.

Furthermore, while the government is currently embarking on a deficit reduction plan that focuses on lowering government spending, this focus may change depending on the upcoming election result.

“Polling currently indicated that combined, the Labour and Green parties possess a slight lead over the center-right National party, which is currently in power,” says Jonathan Lacouture, GlobalData’s lead upstream analyst for the APAC region. “If a center-left government forms following the next election, deficit-reduction plans would likely be rebalanced to give greater weight to tax increases.

“Based on recent Labour policies, the top rate of personal income and the capital gains tax are likely to represent the most immediate targets for these increases in taxes. However, moves by a new government may possibly be made to retract the decreased CIT implemented by the National party.”

The CIT rate has decreased from 30 percent in 2008 to a current rate of 28 percent. Lacouture says that the Green party may potentially influence policy by pressuring the government into introducing a carbon tax in lieu of the credits-system currently in place.