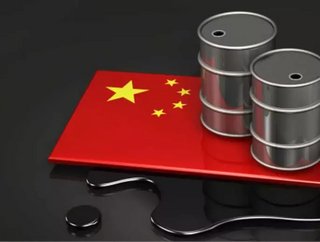 U.S. Energy Information Administration's August 2013 Short-Term Energy Outlook forecasts that China's net oil imports will exceed those of the United States by October 2013 on a monthly basis and by 2014 on an annual basis, making China the largest importer of oil in the world.

The imminent emergence of China as the world's largest net oil importer has been driven by steady growth in Chinese demand, increased oil production in the United States, and a flat level of demand for oil in the U.S. market.

U.S. total annual oil production is expected to rise by 28 percent between 2011 and 2014 to nearly 13 million barrels per day, primarily from shale oil, tight oil, and Gulf of Mexico deepwater plays. In the meantime, Chinese production increases at a much lower rate (6 percent over this period) and is forecast to be just a third of U.S. production in 2014.

There are several different ways to measure oil import dependence. Discrepancies in the way dependence is assessed arise because oil is imported as crude oil but consumed as refined products, of which crude oil is the main but not only input.

Net oil imports reflect the broadest measure of liquid fuels and include the following elements in the volumes of oil liquids produced and used within national borders: crude oil, lease condensates, natural gas liquids, biofuels, other liquids, and refinery processing gain, which in the United States has been roughly one million barrels per day in recent years.

Another common (and narrower) measure of oil import dependence is the ratio of net imported crude oil to net crude oil inputs to refineries. The United States has emerged as a significant net exporter of petroleum products in recent years and a portion of U.S. crude oil imports is used to produce products not consumed domestically.

The advent of China as the world's largest importer based on the narrower measure occurs on a different schedule than for the broader one, but the basic trends and drivers remain the same as for the broader measure. However, imports of crude oil alone do not automatically imply domestic dependence on foreign supplies.