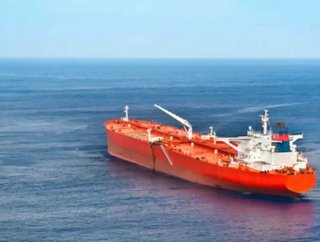 Although efforts to combat crime at sea have been having an impact – for example hijackings off Somalia fell by half in 2012 compared with 2011 with only 14 ships successfully boarded – the International Maritime Bureau (IMB) reports a sharp rise in activity in West Africa in 2012 with 58 incidents off the Gulf of Guinea.

“The most troubling aspect of these crimes is not the increase in the number of attacks and the spread of activity initially centered in Nigerian waters, but how piracy is expanding throughout the region,” says Carafano.

“The Gulf and the surrounding coastal waters and wetlands include extensive oil and gas reserves, where petroleum extraction, transport and related activities are a lucrative target for personnel hijacking, disrupting activities, siphoning oil or stealing cargo,” he says.

“Furthermore, tanker traffic and pipelines are particularly dense in the area around Nigeria because the country is a major oil producer but lacks the capacity to refine petroleum products,” he adds. “So in addition to its extensive exports it imports refined-petroleum products - all representing opportunities for piracy.”

The focus of the crimes is mostly in territorial waters. That means international naval operations would be less effective. And rather than a regional effort, anti-piracy operations will be driven by what each nation elects to permit and has the capacity to undertake.

“The ability to mount effective anti-piracy operations is also hampered by poor governance and cooperation, and local politics,” adds Carafano.

In response to these threats there are efforts at increased interstate regional cooperation. The Economic Community of West African States and the Gulf of Guinea Commission drafted an anti-piracy code of conduct that was signed by 22 countries in June 2013.

“While laudable efforts, these initiatives cannot address the core challenges within the states, particularly Nigeria, where governance, political, economic and security issues have created space for organized criminal activity to prosper,” he says.

“However, despite these challenges, the patchwork of security should be sufficient to allow growth to outpace the troubles created by expanding web of illicit activities.”

About the Author: World Review author Dr. James Jay Carafano is a leading expert in America’s national security and foreign policy challenges, is the Washington-based Heritage Foundation’s vice president for foreign and defense policy studies and director of the Kathryn and Shelby Cullom Davis Institute for International Studies.