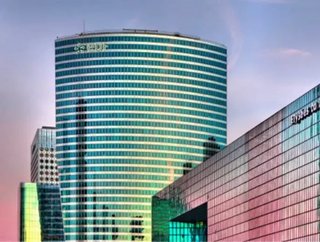 EDF Energy, Royal Dutch Shell, and 68 other major global companies have signed The Trillion Tonne Communiqué, which calls for a ‘rapid and focused response’ to the threat posed by rising global carbon emissions, and the ‘disruptive climate impacts’ inevitably associated with them.

The document calls for governments to put policies in place to prevent the cumulative emission of more than 1 trillion tons of carbon, according to a statement from leading global businesses on April 8. Failure to limit the stock of carbon in the atmosphere would risk increasingly serious climate impacts.

Coordinated by The Prince of Wales’s Corporate Leaders Group, the The Trillion Tonne Communiqué has so far been signed by 70 companies from five continents, including major multinationals like Acciona, Adidas, CalSTRS, ING, Mars, TetraPak, and Unilever, with a collective turnover of at least $90 billion.

Specifically the Communiqué calls on governments to:

-           Set a timeline for achieving net zero emissions before the end of the century;

-           Design a credible strategy to transform the energy system;

“This communiqué sends a clear message from business at a critical time, when events in the Ukraine have refocused global attention on energy security, and just as the scientific consensus reminds us all of the imperative of collective action,” said Eliot Whittington, deputy director of The Prince of Wales’s Corporate Leaders Group, in a released statement.

This year’s statement comes ahead of a report by the Intergovernmental Panel on Climate Change (IPCC) on the actions scientists believe are necessary to mitigate climate change. It also looks to the UN climate change talks in Paris in 2015 as a major opportunity to secure global agreement on a net zero emissions goal. The Communiqué will remain open for companies to sign until the Paris meeting commences.

“The threat of climate change is real and urgent,” said Johan Karlström, CEO of Skanska AB, in a released statement. “To curb emissions we need to work together. From a business point of view it is already a competitive advantage to be a leader in green but governments can speed up the progress substantially by setting up a level playing field that rewards the leaders in low carbon technology and energy efficiency.”

The Trillion Tonne Communiqué is the seventh in a series coordinated by the Corporate Leaders Group, representing the voice of progressive international business. In the last week it has been endorsed in speeches by two leading CEOs, Paul Polman of Unilever, and Vincent de Rivaaz of EDF Energy.