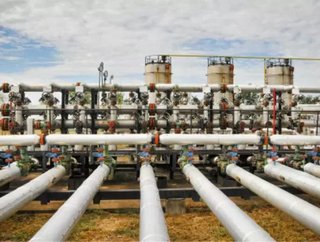 A large number of recent offshore natural gas discoveries in Israel have led to significant changes to the countrys fiscal terms, including the introdu...

A large number of recent offshore natural gas discoveries in Israel have led to significant changes to the country’s fiscal terms, including the introduction of a windfall tax, and now a court decision could potentially add months to the current period of uncertainty surrounding authorization of gas exports, says a new report from research and consulting firm GlobalData.

According to the company’s latest report*, the new roadblock to natural gas exports, caused by the High Court of Justice’s decision to freeze the Israeli cabinet’s agreement on the revised export policy, will have serious implications for Israel’s upstream operators.

Following the report of the Tzemach Committee in September 2012, which suggested capping exports at 53 percent of proven and probable (2P) reserves, the Israeli cabinet made the decision in late June to set the cap at just 40 percent in order to ensure domestic supply for the next 25 years.

However, as many parties, including environmentalist groups, dispute the calculations on which such supply projections are based and wish to retain a higher percentage for domestic use, challenges have been brought against the policy on the basis that it was only decided upon by the cabinet, not the full Knesset (Israel’s parliament). The High Court of Justice took the decision in August to freeze the Israeli cabinet’s decision, pending a Supreme Court hearing which will commence on September 17.

Rabie Khellafi, GlobalData’s Lead Analyst for the MENA region, says: “This ruling is a blow both to the government and to operators, such as Noble Energy Inc., which have made significant discoveries in Israel’s offshore waters.”

The analyst continues: “Although some fields, such as Tamar, have already commenced production, others, including Leviathan – the largest discovery in the area – are still having development plans finalized. The export regulations will have a significant bearing on these plans and the deals which relate to them. For instance, Woodside Petroleum Ltd has agreed in principle to acquire a share in the Leviathan field, but the details of the final agreement depend on export plans.”

In addition to these recent decisions, the Supreme Court could potentially rule that the Knesset will be responsible for approving any future decisions regarding the country’s natural gas export policy – a move which Khellafi anticipates would cause further uncertainty within the sector.

“Not only is Israel’s export policy not yet finalized, but if the court rules that final decisions on natural gas exports must lie with the Knesset, then further delays will ensue. Given the complications of projecting the country’s supply needs, renewed debate on the subject could be a lengthy process, and although export policy will probably be finalized within the next year, we can expect a considerably high level of uncertainty to remain within the sector for months to come,” the analyst concludes.