Updates on the mega oil and gas industry of Venezuela 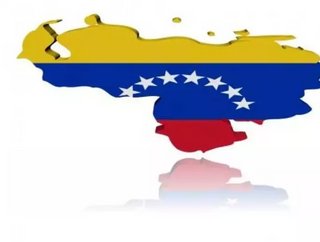 With the most proven oil reserves in South America, Venezuela is an imperative contributor to the worldwide oil industry and is the eighth-largest...


With the most proven oil reserves in South America, Venezuela is an imperative contributor to the worldwide oil industry and is the eighth-largest oil exporter in the world. While oil production is at the foundation of Venezuela’s economy, crude oil production has seen a decline in recent years, as domestic consumption has grown.

Socialist president of Venezuela, Hugo Chávez, has received a reputation as a price hawk by the Organization of the Petroleum Exporting Countries (OPEC). Venezuela exports petrol to the U.S., South America, Europe and the Caribbean, though the country is working toward diversifying its petrol destinations, particularly away from the U.S., to places like China. Chávez has said, "Let the United States know, that if any aggression is waged against us, we will cut off all oil supply to them. Not a single drop of oil for the United States!"

Petróleos de Venezuela
Petróleos de Venezuela S.A (PDVSA), established in 1975 by the Organic Law that Reserves the Industry and Commerce in Hydrocarbons to the State (LOREICH), is a state-owned corporation of the Bolivarian Republic of Venezuela. The company is considered both dependable and profitable in the exploration, production, refinement, transport and sale of hydrocarbons. PDVSA is responsible for adhering to the strict guidelines, strategies and plans that are enforced by the Ministry of Energy and Petroleum, as well as the National Development Plans for the hydrocarbon sector. The State of Venezuela is the only stockholder of PDVSA under the Bolivarian Republic of Venezuela. PDVSA is representative of both the economic and political sovereignty of the Venezuelan people over oil, which is the country’s main energy resource.

The company employs workers who are invested in maintaining sovereignty for the Venezuelan energy industry. Additionally, the company is committed to adding value to oil resources by enforcing the principals of efficiency in using its country’s reserves.

Venezuela Oil Sowing Plan
The “Oil Sowing Plan” communicates Venezuela’s power policy guidelines through the year 2030, which includes six major development projects to be carried out in two stages. Stage one of the programs has been in development since 2005 and will last until 2012. The second stage will run from 2012 through 2030. The first stage of the plan requires an initial investment of $56 billion, in which 70 percent will be financed via the State of Venezuela, and the remaining 30 percent falling to the private sector.

Orinoco Project: Along with the help of other select companies, 27 blocks will be developed under this hydrocarbon reserve. This project will also place importance on reducing over-population in parts of the country, and on offering employment to locals.

Delta-Caribbean Project: The goal of this project is to develop offshore gas in the Deltana Platform, located off of the eastern coast of Venezuela. Additional development sites are located in the country’s northwestern Paraguaná Peninsula.

Refinement: To meet the strategic goals of PDVSA, the plan will take on creating new refineries, including: Cabruta, with a planned capacity for producing 400,000 extra-heavy crude barrels per day; Batalla de Santa Ines, aimed at producing 50,000 barrels; and Caripito, expected to weigh in with 50,000 barrels per day, which would be destined specifically for asphalt production. These additional refineries, combined with the upgrades of existing ones, will bring the company’s total capacity for processing on Venezuela’s soil to 700,000 barrels a day.

Infrastructure: A contract has been signed for the development of the Transguajiro gas pipeline between Venezuela and Columbia. To increase fuel supplies to the neighboring nation, more pipelines will be constructed.

Integration: Through Petrocaribe, Venezuela will supply crude and other oil products to the Caribbean, which has also been expanding its refinement capacity. The Petrosur agreement has been signed, advancing the planning of projects in South America. A refinery is also to be built in Brazil, near Petrobras.

Chevron Venezuela
Chevron leads the oil industry of Venezuela, partnering with PDVSA on exploration and production projects. According to the company, its 2009 daily production total averaged 221,000 barrels of liquids and 102 million cubic feet of natural gas. The overall amount produced was generated from three fields. In partnership with PDVSA, Chevron is currently engaged in five crucial projects in the country, including: the non-operated Petroboscan and Petroindependiente projects in western Venezuela; the Petropiar operation in the eastern part of the country; offshore gas operations which include exploration efforts at Cardon III; and the Delta Caribe project, where Chevron works on the country's first liquefied natural gas train.