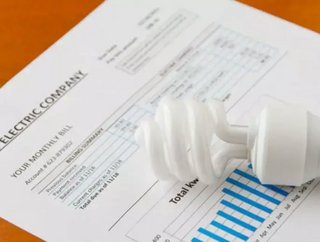 Help is available for low-income households struggling to stay warm during this winter's record cold.

However those in need should act quickly because much of the funding set aside to help them pay energy bills is available on a first-come, first-served basis.

Perhaps the largest single source of aid to those having difficulty paying their home energy bills – for both heating and cooling – is a federal program called the Low Income Home Energy Assistance Program, or LIHEAP.

Funds budgeted at the federal level are distributed to the individual states and the District of Columbia according to a formula that takes into account each state's weather and the size of its low-income population.

Even as Americans experience a sharp increase in the number of extreme weather events year-round, sequestration and other initiatives to cut back overall federal spending have conspired to reduce the amount of LIHEAP funds available for distribution to the states.

According to data provided by the Campaign for Home Energy Assistance, federal funding for the LIHEAP program has declined fairly sharply in recent years after hitting highs of $5.1 billion in fiscal years 2009 and 2010.

Because the procedures for – and the regulations governing – the distribution of LIHEAP funds vary from one state to another, there is no one-size-fits-all policy nationwide.

Eligibility requirements vary from state to state but generally require applicants to prove that household income is no more than 150 percent of the current federal poverty level, which in late 2013 was $22,113 for a family of four.

If you or a family member is on a fixed income, out of work, involved in debt settlementnegotiations, or otherwise unable to meet your home energy costs, you can find out more about your state's eligibility requirements through the state agency that administers the LIHEAP.

Searching the Internet by "LIHEAP" and your state's name should bring up links to relevant websites. In addition to the distribution of LIHEAP funds, many states have programs of their own.

In California, for example, the low-income energy assistance program is administered by the state's Department of Community Services & Development, or CSD. At the agency's website, you will find detailed information about the regulations governing LIHEAP assistance in California, as well as links to information about other low-income utility programs and how to make your home more energy efficient through weatherization.

Among California's other state initiatives to help defray home energy costs for those in need are California Alternate Rates for Energy, or CARE, which provides a 20 percent discount on utility bills, and the Family Electric Rate Assistance Program, or FERA, which bills some electric usage at lower rates. CARE and FERA are administered through the state's public utilities.

Its website also provides information about additional initiatives that are available to help the needy pay for the energy they require to heat and cool their homes. Such programs include the Percentage of Income Payment Plan Plus, Electric Partnership Program, and the Home Weatherization Assistance Program.

Many utility companies have programs of their own designed to help low-income households pay for the energy they need to heat or cool their homes. In some cases, these programs are funded in part by a portion of the LIHEAP funds received by the state in which the utility operates. Other programs are financed from other sources.

Florida Power & Light serves 4.6 million customers throughout the Sunshine State. In addition to LIHEAP-funded assistance to its customers, FPL has a couple of other programs to which those in need might turn.

Funded by contributions from employees, shareholders, and other customers, the utility's Care to Share program provides annual grants of up to $500 to low-income customers who need help paying their energy bills. Another program, FPL Assist, refers customers in need to social service agencies that may be able to help customers pay their bills.

ComEd's CHAMP program is designed to assist activated and deployed members of the U.S. Armed Forces, National Guard, Reserves, and disabled veterans in paying their energy bills. Among the program's benefits are bill payment assistance of up to $1,000 (while funds are available), deferred payment plans, extended due dates, late charge cancellations, deposit reductions and/or refunds, and budget payment plans.

If you find yourself financially strapped and unable to pay mounting home energy bills, the federal, state, and utility programs outlined here may be able to help you through this difficult period.

However, the need is great and the funds are limited, so act quickly to get the help you need.

About the author: Don Amerman is a freelance author who writes extensively about a wide array of business and personal finance topics.