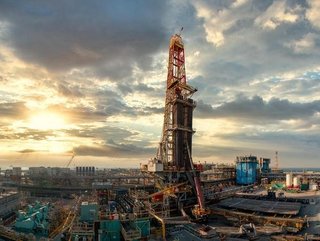 Abu Dhabi National Oil Company (ADNOC) has announced a new world record for the longest oil and gas well has been set at its Upper Zakum Concession.

Stretching 50,000 feet, the well is approximately 800 feet longer than the previous world record set in 2017, ANDOC said in a statement. The project is part of the oil giant’s efforts to expand production capacity of its lower carbon oil and gas resources to help meet the growing global demand for energy.

ADNOC Drilling drilled the oil and gas well from Umm Al Anbar, one of the artificial islands developed by ADNOC Offshore, it added.

The feat of engineering is part of an extended reach well project designed and led by ADNOC Offshore, in collaboration with its Upper Zakum strategic international partners, ExxonMobil and INPEX/JODCO, the company explained.

The extended reach wells will tap into an undeveloped part of the giant Upper Zakum reservoir with the potential to increase the field’s production capacity by 15,000 barrels of oil per day, without the need to expand or build any new infrastructure, it continued.

Abdulrahman Abdullah Al Seiari, ADNOC Drilling CEO, said: “This incredible achievement is in line with ADNOC Drilling’s quest to deliver increased efficiency for our customers as we continue to create greater value for our shareholders. The delivery of this record-breaking well also demonstrates our commitment to lower operational costs, while enabling ADNOC to reach its oil and gas production capacity targets.

“This historic milestone is a credit to the hard work and dedication of our staff who have collectively demonstrated how, as a responsible operator, we are successfully maximising the use of advanced extended reach, horizontal and directional drilling methods.”

Umm Al Anbar is one of Upper Zakum’s four artificial islands, serving as a hub for offshore drilling and operations. ADNOC Offshore’s work on developing the artificial islands concept has resulted in significant cost savings and environmental benefits compared to conventional approaches that traditionally require more offshore installations and infrastructure, the statement said.

Ahmad Saqer Al Suwaidi, ADNOC Offshore CEO, concluded: “ADNOC’s pioneering and innovative use of artificial islands, coupled with its world leading drilling expertise, is enabling us to drive growth, maximize value and minimize the environmental footprint of our operations.

“Working with our strategic international partners, we will continue to push the boundaries of engineering for the benefit of the UAE, our partners, and customers around the world.”