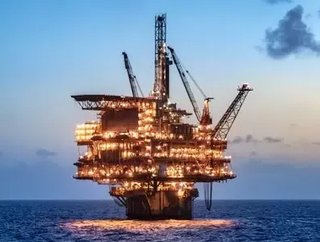 Shell Offshore, a subsidiary of Royal Dutch Shell, has conducted an initial flyover of its assets in the path of Hurricane Ida, and has observed damage to its West Delta-143 (WD-143) offshore facilities.

The company said that when it is safe to do so, it will send personnel offshore to provide a closer inspection of the facilities, so as to understand the full extent of the damage, and the degree to which its production in the Gulf of Mexico will be impacted.

The WD-143 facilities serve as the transfer station for all production from Shell Offshore assets in the Mars corridor, in the Mississippi Canyon area of the Gulf of Mexico, to onshore crude terminals,” the statement explained.

The Perdido asset (pictured) in the southwestern Gulf of Mexico was never disrupted by the hurricane, while its floating production, storage and offloading vessel, the Turritella (also known as Stones) is back online, it added.

“All of our other offshore assets remain shut in and remain fully evacuated at this time. At the early phase of assessment and recovery, approximately 80% of Shell-operated production in the Gulf of Mexico remains offline.

“In our initial flyover, we did not observe any visible structural damage to the rest of our offshore assets. When we are able to safely deploy personnel offshore to these assets, we will conduct additional inspections and work to restore production as soon as possible,” the statement continued.

Shell Offshore stated that it will continue to assess the impact of Hurricane Ida on its Upstream and Downstream businesses.

“Our top priorities continue to be the protection and recovery of our people and assets, the community and the environment,” it concluded.

Orbital Energy Group has announced that in the aftermath of Hurricane Ida, its subsidiaries, Gibson Technical Services, Orbital Power Inc., and Eclipse Foundations are providing resources to assist electric power and telecommunication customers restore critical infrastructure damaged by the storm. This event may materially affect the company's results for the current quarter.

As explained by OEG's Vice-Chairman and CEO, Jim O'Neil, "At this stage of our growth, this storm and the follow-on infrastructure work provides our telecom and electric infrastructure groups the opportunity to build relationships with both new and current customers and aid in restoring essential services to those impacted by this storm."

Entergy is providing backup generation and restoring power to a number of critical-service providers, including hospitals and wastewater facilities. The company also is working individually with large industrial customers, including refineries and manufacturing facilities, to coordinate their restoration.

Aramco Americas will donate $5 million to support relief efforts, in communities impacted by Hurricane Ida, that provide food, water, shelter, and other critical needs, and the Dow Company Foundation announced the contribution of $2 million to support immediate relief and long-term recovery efforts associated with the storm and its aftermath, which includes assistance for impacted employees.

Sempra and Sempra LNG have contributed $100,000 to the Second Harvest Food Bank of Greater New Orleans and Acadiana, to support immediate relief efforts related to the hurricane.