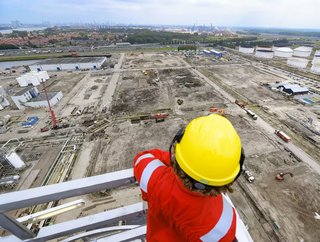 Worley has been selected to provide detailed design and procurement services to support the development of a low-carbon fuels facility at the Shell Energy and Chemicals Park Rotterdam in the Netherlands, formerly known as the Pernis refinery.

Once built, it’s expected to be one of the biggest of its kind in Europe.

The facility will produce 820,000 tonnes of sustainable aviation fuel and renewable diesel every year. These fuels will be produced from waste including used cooking oil, certified sustainable vegetable oils, waste animal fat and other industrial and agricultural residue using advanced technology developed by Shell. They will be used for blending in support of the EU legislation and commitments under the Paris Agreement.

Worley will lead the project from its office in The Hague, with support from its Global Integrated Delivery team.

To deliver a net-zero economy, the IEA estimates liquid biofuel production to quadruple, while that of biogases is estimated to expand sixfold between 2021 and 2050. However global transport biofuel production in 2020 was hit by COVID, dropping 11.6% from 2019’s record output and the first reduction in annual production in two decades, according to the IEA.

The award follows the collaboration between Shell and Worley over the last 18 months to define the project as an integrated team using new ways of working.

“We value Shell’s continued trust in Worley to deliver this important project. The facility opens up new possibilities in low-carbon fuels and is aligned with our purpose of delivering a more sustainable world,” said Peter van Alphen, Senior Vice President, the Netherlands and Germany, for Worley, which has won over 40 low-carbon fuels contracts in the last year.

“The new hydroprocessed esters and fatty acids (HEFA) plant we are building is a major investment, vital to Shell Energy and Chemicals Park Rotterdam’s path to net zero. We can only make Shell’s transformation and the energy transition successful when we work together with strong partners. We are therefore proud to collaborate with Worley, helping to engineer a more sustainable world,” said Jos van Winsen, General Manager – Shell Energy and Chemicals Park Rotterdam.

Shell made a final investment decision to proceed with the project earlier this month. The Rotterdam facility is expected to start production in 2024.

Mark Brantley, President of Europe, Middle East and Africa, said: “We will combine our global refining and in-Kingdom engineering and project management expertise to continue delivering sustainable operations to Aramco, while also remaining committed to upskilling our Saudi workforce.”