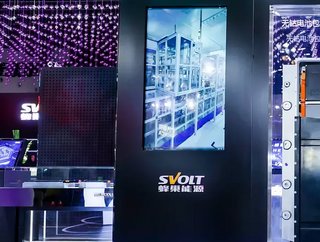 New battery is expected to go on sale in China shortly

SVOLT Energy Technology, a Chinese EV battery manufacturer, has unveiled the world’s first cobalt-free battery which has achieved series production and has been successfully assembled in Great Wall’s ORA Cherry Cat, which is on show at the 2021 Chengdu Motor Show.

According to a statement released by the battery manufacturer, vehicles featuring cobalt-free batteries are expected to go on sale in the Chinese market shortly.

A cobalt-free pack can reach a total of82.5KWh of electricity, energy density of 170Wh/kg, and the range of more than 600 kilometres under normal temperature conditions. It also has registered solid performances including 0-100 km/h acceleration in under five seconds, has an IP67 waterproof rating, as well as high energy retention, and fast heating speed in low temperature conditions.

SVOLT has said that it has invested more than $77.2 million dollars into R&D funding, along with employing more than 1,200 research personnel, along with 120 materials and battery experts.

The announcement comes as the sustainability of cobalt emerges as an important global issue due to reserves being limited to only around 7.1 million tons. According to predictions by relevant institutions, after 2026 cobalt will be in short supply and its price will continue to rise.

This continued increase in costs has caused severe restraints on the development of the industry, making the shortage an urgent matter to be solved, while the industry also needs to find a way to eliminate its long-term dependence on cobalt, so as to avoid being constrained by the cobalt giants.

Furthermore, with more than half the world’s cobalt being mined in the Katanga Copperbelt in the DR Congo, and a substantial proportion being extracted by artisanal miners (between 15%-20% of global supply), SVOLT said that their cobalt-free battery can help protect those vulnerable miners by promoting their advancement of human rights.

Since 2020, cobalt-free Pack have been road tested in the ORA prototype. It has passed several vehicle performance tests such as a strengthening road endurance test, a vehicle charging and discharging performance, rapid acceleration, performance degradation, and full insulation inspection of the vehicle battery pack. The cumulative test mileage has reached 800,000 kilometres, and the test data is excellent, the statement concluded.