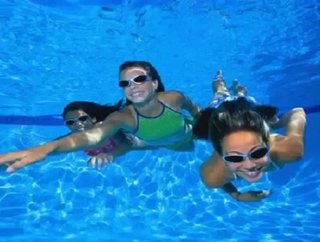 In the U.K., energy from the cremation of dead bodies will be used to heat a swimming pool&mdash;an idea the British government is considering adoptin...

In the U.K., energy from the cremation of dead bodies will be used to heat a swimming pool—an idea the British government is considering adopting across the country.

"The government is aware of this particular scheme," Sir George Young told the Telegraph. "The Department for Energy and Climate Change will shortly be publishing its heat strategy and this will explore the potential for better recovery and reuse of wasted heat in schemes such as this one."

Redditch Borough Council will become the first local government body in the UK to adopt the idea this spring. According to the Telegraph, the incinerators used for cremation reach temperatures of 1,472 degrees Fahrenheit. Using the wasted heat from the Redditch crematorium alone is expected to save over $22,000 per year.

So, would using that heat be an insult to the dead or just energy smart?

"It will make absolutely no difference to the people who are using the crematorium for services,” Carole Gandy, the leader of Redditch Borough Council, told The Telegraph. "I do recognize some people might not like it, but if they don't they don't have to use our crematorium. I wouldn't want them to do that but they have to make that choice.”

At another crematorium in Durham, northern England, discussions are underway in regards to fitting turbines to its burners in order to generate electricity.