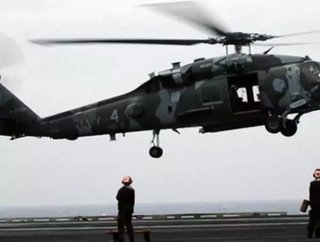 The U.S. military has made it clear that biofuels will power its vehicles into a renewable energy future. The navy has already tested biofuel blends in...

The U.S. military has made it clear that biofuels will power its vehicles into a renewable energy future.  The navy has already tested biofuel blends in its jets, but how about helicopters?  Well, the U.S. Navy has tested a 50/50 algal biofuel blend in one of its Seahawk helicopters, marking the first time in history a military aircraft has been airborne by way of algae-derived biofuel.

In spring 2010, the U.S. Navy successfully flew its “Green Hornet” jet on a 50/50 blend of camelina-derived biofuel.  Yet, even then, the Navy had its eyes set on algae biofuels, which hold untold promise in scalability.

San Francisco’s Solazyme, Inc. provided the algal biofuel, called Solajet HRJ-5. “Solazyme is honored to be working with the US Navy and DLA-Energy in driving forward the testing and certification process for advanced biofuels,” says Solazyme CEO Jonathan Wolfson. "The successful flight demonstration of the Seahawk helicopter on a 50/50 blend of Solajet HRJ-5 and petroleum-derived jet fuel marks a significant milestone in this process, and reinforces the Navy’s commitment to securing our nation’s energy supply.”

Solazyme has been working in partnership with Honeywell UOP since 2009 on multiple military contracts, aiding in refining processes.

Solazyme’s algal biofuels can serve as drop-in replacements to traditional petroleum fuels, and may further secure an independent United States armed forces, free from reliance on foreign oil.  Solazyme is the first company to ever provide microbially-derived fuels to the U.S. Navy.