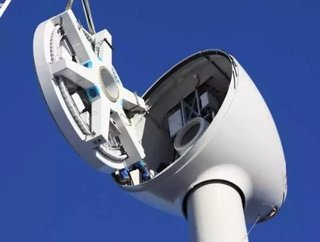 GM recently announced that it plans to set up a greenfield facility to better manufacture turbine components for the Indian Wind Turbine market by 2016...

GM recently announced that it plans to set up a greenfield facility to better manufacture turbine components for the Indian Wind Turbine market by 2016.

GE officials of the renewable energy consulted with Indian suppliers to potentially provide components for the wind power units. Since GE will import electrical components of wind turbines to India, it also has the opportunity to partner with local suppliers in providing other manufacturing components necessary to the turbine structure, including blades. According to BusinessLine, GE also plans to develop and subsource gear boxes.

GE has more opportunity to successfully compete with local manufacturers in India, particularly Suzion Energy, a leader in the Indian market. By localizing manufacturing, GE can access technology suitable for full potential to provide wind energy in various areas of the country.

Although solar wind just made its appearance in India 4 years ago with the national solar mission, India is now the fifth largest producer of wind power in the world.

Vice President, global supply chain for GE’s renewable energy business rated “India is a big growth market and ability for local supply chain is critical. I am impressed with technological competitiveness in the Indian supply base to identify solutions that give greater product performance and cost effectiveness.